Exaggeration is means to negative ends.

This might be a strange subject to write about, but I've encountered extra large helpings of exaggeration lately, so it caught my attention. Anytime that happens, I notice even more.

What I’m talking about is the way people use exaggeration and how it is the opposite of beneficial, helpful, peaceful, or kind. 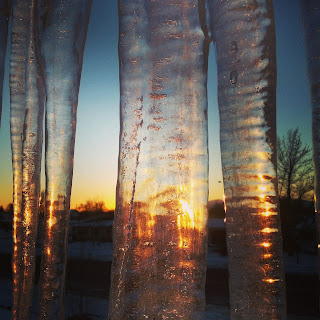 People use exaggeration to belittle or minimize your feelings. “I’m sorry I ruined your party” after they ate a piece of the birthday cake before anyone arrived. It doesn’t ruin the party, it’s discourteous, and the opposite of thoughtful.

Then there is bandwagon exaggeration… the kind of exaggeration that is especially tasty to the people who want to bitch and moan over nothing… but if others are, they get to also! Like a plain red cup that doesn’t have holiday greetings on it, (never has), but someone wants to find offense by it, so they do, and others follow.

With exaggeration on my radar, I’m seeing it everywhere and noticing that we are in a culture that currently not only loves exaggeration, but thrives on it. The most popular website in the world gives people the ability to very easily find someone exaggerating to the level at which they too want to exaggerate, and then the bandwagon grows. This only fuels the size and “validity” of the collective ego. And it’s the collective ego that harms society and individuality.

I feel like now I’m seeing it in so many directions I want to start pointing it out… stating it’s obviousness to remove its power.

It almost doesn’t matter where you look… exaggeration is creating some form of awfulness in the world. Why would anyone physically harm others unless they feel the need to exaggerate? Paris 11-13-15 is an example of this. It wouldn’t have happened if nobody felt the need to exaggerate their beliefs or their point of view. Why couldn’t they just live and let live with no need to make anything into a big deal that ends up killing people? I’m sorry, but if you feel the need to point a gun at people who have not harmed you, or to set off bombs to harm them, you ARE exaggerating! (false flag or not… exaggeration is at play!)

As I write my mind is thinking of many examples of people making things bigger than they are. Animals don’t do this do they? Wait, when an animal wants to attack and harm or kill, they do tend to make themselves bigger than they really are. They exaggerate their size. So there you go… I can’t think of ways that exaggeration relates to happiness goodness or love.

I can draw giant unicorns and rainbows, I can use all the lovely beautiful words that exist in my language, it still won’t be exaggeration because the power behind exaggeration and its goal -is to only have negative effect. Exaggeration is suddenly far larger and more dangerous than I had previously realized, and I am not exaggerating.

With it on my radar now… its power will be diminishing.
Posted by Natalie And at 11:54 AM No comments: