I spend a lot of time thinking about the NEED people seem to have for others to agree with them. Whether it’s political, religious, philosophical, it doesn’t matter. The majority of people want anyone and everyone to be on the same page as THEM. And it seems to be getting worse. The tone of so much controversy out there is non-yielding and more insistent than ever that they are “right” in what they are saying, and you should see it the same as them. 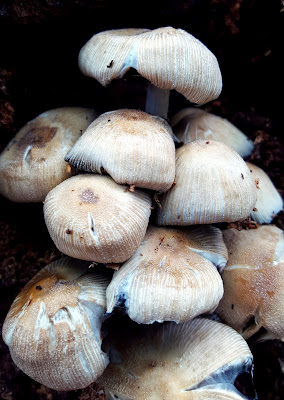 I have a great theory as to why this is… but most people aren’t conscious enough to consider it or even step back and see what’s at their core of needing others to agree. They aren’t even able to see that it’s something they are seeking. They are looking for people to get them, people to connect with. And the fact that many don’t agree/connect is upsetting to the point that these people WANT others to change to be LIKE THEM.

Break it down, this is nail/head. It’s unacceptable for countless people out there that others are not “on the same page”. Hell, the mormons spend millions upon millions trying to get people to agree with them. Not to mention other religions, soapbox corners, political debates, and on and on.

People can’t seem to see this because most people can’t break down something so general to the human condition. A NEED for Connection. If sameness and agreement were a detailed quilt, the need for connection would be the design cut out and stitched numerous times to build that quilt. But what most people are seeing is just a quilt, not the design or the detail that created it.
The longer I live the more people I meet and the more I see that no two lives experience the same things, so no two people can be the same. Our vast differences in everything means that the likelihood of finding people who do agree with you, and connect with you are slimmer than ever. Which really seems to be pointing to people being less and less tolerant of differences… and therefore a need to argue it. See, that need for connection is a big deal. If it weren’t we wouldn’t have war. Differences wouldn’t matter. But look at the planet… differences are such a big deal anyone can be talked into the NEED for war with people who disagree or see things differently. (and yes, I did just simplify it like that because if you aren’t someone who has looked at the non-american side of war, you are too closed minded to be reading this. Exit the building now.)

Back on topic. We should be searching for connection with a healthy form of agreement and a healthy measure. That healthy measure is what this is about -because we need that sense of others being like us. And no, this is nothing to do with appearance, skin color, school, town or click… I’m not talking about all the rich blond girls hanging out together… I’m talking about that amazing feeling that comes from being understood. And I think this is what people are desperate for and can’t articulate or wrap their heads around. It’s so part of us we can’t stand back and look at it. “I need connection” “I need to feel understood”. So few are saying that. 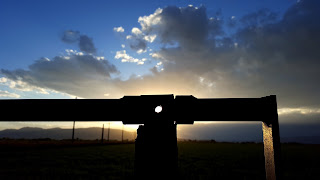 Your BIGGEST RELATIONSHIPS in life are you feeling understood and having a connection with someone because of it. It’s also how these relationships end. You stop understanding and you stop feeling connected. Have you ever had a friend that gets your subtle jokes? Who sees the little things, who doesn’t need you to explain yourself? That’s the NEED I speak of, the need we all have. This is how we get a best friend, and how we get married. We connect, and it’s on levels that are closer and greater than with the general public… because statistics insist it works out like that. It’s not easy. We are all so different.

I tried dating someone for a couple months and quite quickly he started saying “I still haven’t figured you out”. I allowed /accepted I might be an anomaly, since I’m different than your average JoAnna, but it didn’t stop. He continued to say it, while hammering two nails into the coffin of this dating-death each time it was said. There is nothing in me cool with being unable to be figured out. I’ve spent years writing about the need for connection, what connection looks like, and relationship dynamics. Connection is not something you can fake, I’ve known the real stuff. “I still haven’t figured you out” directly translates into “we are too different to connect”, and I already know most people don’t “get me”, so I’m one of the few aware of the quilt design being there, and it being the main factor in the beauty of the quilt. I too am looking for connection and for someone to see what I see.

We ARE all different. Connection is RARE. Ya we all want it, ya, on a giant scale would be cool, but there’s these two things that also come into play: Individuality and Freedom. These are huge. People can and should be themselves. LET GO of any needs or desires to expect anyone to be like you or to make the same choices. Freedom, real freedom only happens in the mind. Same-makers out there, Fuck the fuck off and let everyone have that freedom to think whatever they want. And THEN, when you do find those rare friends who “get you”--Love them. Hold them. Treat them like the gold they are and don’t let them forget you care about that connection. Again, it’s rare and real and being conscious of it is part of the success in having it.

And this, my friends is how we consciously healthy people end up connecting physically with someone. The desire in us doesn’t stop at mentally wanting connection. Ya, that’s obvious… when you do connect mentally, you often connect emotionally, and it makes sense to include a physical connection too. And lets talk like we are all consciously healthy people… meaning we are conscious about our connection. Healthy; in that we don’t have a need to fuck like rabbits indiscriminately because we just defined what a real connection is. So really, it’s even harder to find this type of connection: mentally, emotionally, and physically all in one.

What do you think happens when you find that? And you are conscious of all of it?
Magic, that’s fucking what.

Most people don’t even know about their need for connection, much less enter a connecting relationship knowing what they are actually doing. What if both parties did? Both felt all levels of connection. Both were conscious of the choice to take it physical, and both brought magic. That makes a new kind of energy that is the real shit, the big Kahuna. The thing that is missing for most people. The thing people everywhere are needing and seeking. Real Connection.

Is it any wonder people find it so hard to have a great and long-lasting relationship? Is it any wonder they need the world to agree with them? Connection is missing. It’s not remotely easy to find connection on more than one level. Most of us do know someone who has it, but it certainly isn’t common. The less conscious and present people are, the more shitty relationships flourish.

I’ve known Mental, Emotional, and Physical connection, not quite all at once, but I tell you what, all three are the stuff dreams are made of.

I know a guy that seems to find really awesome girl friends. Top quality women; some of them. But he never seems to wake up to their awesomeness. I doubt he’s ever conscious about even one of the aspects of connection, and he loses them. Usually because HE can’t stop looking for connection without knowing what he’s searching for and without knowing it might be amazing with the current girl. If only he woke up to what he was doing, what he needed, what he had, and became consciously healthy, he might be able to stop searching and revel in something wonderful he already has in front of him. (Well, had.)
Posted by Natalie And at 12:10 PM No comments: