I can KNOW many things. My common sense is pretty on point. I’m sensible and I do the Shelves & Tables thing on a regular basis; being honest with myself and getting clarity on everything that appears looking unclear. I often need a few hours to figure out something “new” that comes up in my psyche. Sometimes it takes a couple weeks before I’m able to effectively write about some things, but overall I feel I’m sensible and I USE my sensibility.

What I FEEL is another story. And no, I’m no psychiatrist, so what I say could be entirely textbook and obvious to some. It’s all experiential for me. When I say “feel” (this time) I mean specifically feelings we don’t choose. Feelings that arise and are like a 5 gallon bucket of paint poured over your head from the heavens. It can’t be ignored, it has to be felt. This is how I see feelings I have through conditioning. I literally mean like Pavlov’s dogs knowing that a bell equates to food. Our whole youth is full of conditioning.

This + this = that. Almost everything is association and conditioning. If you have a dog you make association for them on a regular basis. If you have children you are doing it, and sometimes creating who they are in the process. Which isn’t to remove their volition; they WILL make decisions you don’t like –despite your conditioning.

I’m writing not because I’m willing to share what conditioning appeared for me recently, what paint got poured over my head, but to acknowledge that what I felt/feel was/is incredibly real. It affects the adult me. How do I undo/delete/fix this conditioning I don’t want to be feeling, since I don’t choose it?

Annoyingly, it took a wise 20 year old that lives with me to give me the advice my sensible self should have already said.

“Natalie do what you do, communicate this feeling to the person it’s related to, then they will know, and its power will be gone. Be open about it, and there can’t be an issue because you put that feeling out there before you could have your conditioning affect the situation.”

Through my cloudy head of snot and tears, I absolutely saw she was right and what she said was THE sensible answer. I already could see I was being silly allowing a feeling that wouldn’t appear to be a fear it COULD appear, and that had everything to do with my upset also. I could say and happily admit the possibility of what I feared arising was almost impossible, but the conditioning was/is so damn REAL, what I felt was larger than what I knew.

What happened then? I cried anew at the grace, beauty, love, and understanding shown to me by sharing something affecting me so heavily. Also being shown that who created this conditioning is nothing like or could ever be like this force of goodness that was communicating the feeling away for me. It’s stupid –but I needed that. It was like they stood there and said “I’m not your dad. I’m nothing like your dad, and I’m NEVER going to harm you”. Only, all of that got said by being reminded WHO I WAS talking to, and that person only knows kindness.

I will undo what that man did to me and I will continue undoing it using tools he didn’t ever use. Shouts and threats aren’t communication. He will forever be a really good bad example. I will continue to accept the quality examples like my wise 20yo, and my beautiful, graceful friend –full of pure goodness.

Posted by Natalie And at 1:25 PM No comments:

((I wrote this over a year ago, and I didn’t share it at the time. In typing it up from my notebook, It sounds pretty harsh, and yet, I am not disagreeing with my words. I’ve referenced this many times when talking to people, so I actually forgot it only lived in my notebook. I think it’s time I put it out there for reference online. I’m going to keep the harsh tone. I must have had attitude for a reason when I wrote it. Sometimes mental light bulbs are like that.))

One of the best things to come to me with age is my acceptance I can question everything and I need no permission. This state of mind that allows me to ask “Why?” to the most basic of concepts -is the liberation of mind. How this decision of mental freedom didn’t come to me at 16, 19, 21, or even 30, I will never fully know. I just have theories. Maybe everyone else has had this “question everything” permission for a long time and that is why I’m finding it such a big deal -it’s new to me.

Well, relatively speaking, but it’s growing. It stared by questioning kindness and if I’m not Jesus, do I have to be kind to those that prove they don’t deserve my kindness? And for the record, “Jesushood” is not a personal goal of mine. It was the misappropriated use of the word forgiveness that a friend showed me this questionable belief that the conscious decision to “forgive” could somehow fix a situation. Then I suddenly saw the word as moot for many instances.

I think we humans have a bunch of things ass-backwards. 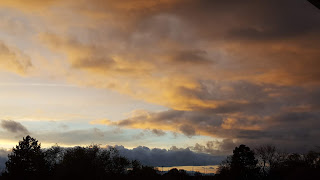 These aren’t her words I use to tell this, but she basically was saying that she felt she could move on and get past a “non-ex boyfriend” (loaded term) if she could just forgive him for being promiscuous. Which is to say what he was doing that was upsetting to her was not going to stop. Wouldn’t her ability to “just forgive” make everything all better in the upsetting “relationship”?

Let’s say she could forgive him, what then? Does his continual treatment of her make her feel anything pleasant? And since it’s the biggest deal to me, I have to ask: What then happens to her self esteem? This particular application of forgiveness creates a monster and a doormat.

And lets look at the core of what she said and ask, why would she believe in forgiveness? Because just like everything in life, we are told we have to be the personification of all these things, and not just accept it, but believe it, be happy with it, and do it. Not only am I questioning things I never did before, I’m questioning that I have to believe what I’m told to believe.

It is in the willingness to look at a word or emotion and study it that allows me to conclude completely new information about it.

Brené Brown has done this with shame and vulnerability, shedding light on things we think we are so familiar with. But when you begin to question these words attached to feelings, you find more aspects to them that give rise to “what if I say no?” And I’m not turning this into a refusal to forgive. I’m saying what if forgiveness is not what a situation requires? Because what changes after forgiving in a situation that cannot change after forgiveness is applied? The only answer I can conclude is a LIE. The only thing that changes is that a person is now lying to themselves.

In the need to be clear, I’m not talking about a situation where one person said sorry after hurting another and then both move forward with the apology and forgiveness applied. That IS how forgiveness should work. An apology, a change, and new direction for BOTH. No need to stay in the past.

This also applies in the reverse when you don't want to have anything to do with a person, but they should apologize and DO. Go on, allow change, forgive, and move forward feeling better. You don’t have to then have them in your life, walking your new direction with you. No. But when communication happens, and a person apologizes, accept it for your own benefit. There is much power in an apology. EVEN IF you don’t want that person apologizing to be talking to you again. You can still benefit from the apology and move forward in forgiveness as it applies to YOUR benefit.

In a situation where forgiveness can’t be applied because a person is dead, or no longer in your life, and no apology is being given…I would suggest that forgiveness is still moot. What needs to happen there is you need to sensibly look at the past and set it down, making the decision to move forward without it in your hands. When change is impossible, change you. Set the past down. Move on. Don’t walk backwards. Acknowledge you’ve crossed a bridge, and keep walking.

In talking about the decision to use forgiveness as a way to tell yourself you have done something that needed to happen in order for your mental and emotional comfort…I am posing this idea that I can choose mental and emotional comfort in the decision to move on without applying misappropriated forgiveness. I have a feeling we are using this word in too many places where we need more words.

I’m going to go ahead and say what I feel like I haven’t been saying. If someone treated me in a way I shouldn’t have been treated and it happened many times, (until they were either forced to stop or I removed myself from the situation) if they didn’t affect or apply any change, is there any point where my forgiveness does anything? Saying or feeling forgiveness would only change the story in my head, which to be frank sounds like an unhealthy story. Why not apply KNOWLEDGE instead of forgiveness? What if instead I consciously say this person will never change, but I’m going to change the way I see myself and the way I see them. I’m going to ACKNOWLEDGE the poor quality of that human and acknowledge my greatness in my ability to move on. It’s not forgiveness. It’s being WISE. It’s bigger and better than forgiveness because it doesn’t make me a doormat. It insists I’m not. Nor does it invite the person to remain in my life. Forgiveness as it is regularly misappropriated, is permission to stay who they are and usually to stay in your life. No, THAT is where the change needs to be taking place. Not the application of a non-applicable word, just so you can pretend things are “all better”. Don’t forgive, be wise! Wise to who they are, wise to what isn’t possible, wise to who you are, and wise in a way that stops the situation your old self would be trying to apply forgiveness to and then not benefiting from any change.

Posted by Natalie And at 4:07 PM No comments: