The Unguarded and their EASE.

There is so much that frustrates me about my job, and so much I love. The people I work with are definitely part of the love and it wouldn’t be inaccurate to say some have become the highlight of my life. Which I’m sure would sound pathetic to some, since I don’t have children or a husband to say that about, but for me, that possibly-pathetic-fact means that I have that space open to seeing the specialness in anyone and them being a “highlight”.

And let’s define what I’m considering “specialness”. It’s an inner beauty. A window people provide to see their genuine nature and for you to feel love for them. We all know someone who has the ability to listen to you on levels the rest of the world won’t. They don’t just hear you, but they relate to you, interact with you, share with you, and respect you… and vice versa. Which might be me realizing that one has to be special in order to see someone who is special. 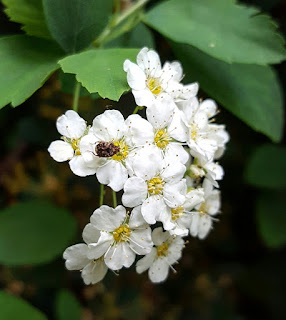 And then… not everyone who is special is unguarded, that’s an additional element I’m thinking about lately. Unguarded is hard to describe because it’s a way some people have. Same with the guarded. The guarded ones are hard to read, hard to understand, easy to offend, they are stiff, they don’t show emotion or communication with their expression. They won’t use words to help you know where you stand or where they are coming from. They are difficult in multiple ways that leave you feeling like they refuse to understand, refuse to communicate, and refuse to relate on a genuine platform. So really, I just explained what someone unguarded doesn’t do.

And that’s also why I refer to their ease. The older I get the less I have room for things that frustrate, confuse, or unnecessarily takes energy from me. Dealing with or trying to understand a guarded person is so much harder. They often have an aloof control drama that has to be part of all interaction with them… which is very much a way to steal energy. Many of us even say, “I have no more energy for so-and-so right now”. Without actually realizing that yes, they take energy. We see it more as being too tired for them to be in our space any more for a while. Same goes for people playing “mind games”… they are after energy. Speaking of which, just interacting with them and allowing them to feel powerful or as though they can control your feelings is how they take energy without your permission. So NO interaction is the only solution there.

I have two young people in my life right now that are like poster children for this thought about being unguarded and guarded. They are 17 and 19. To write about them in the same sentence brings me feelings of anxiety because I would be horrified if the 17 year old ever met the 19 year old, and the amazingly beautiful unguarded nature of the 17 year old was tainted by the 19 year old. I’m suddenly feeling all protective at the thought because I see the unguarded person as so incredibly perfect in her ability to be herself when she tells a story, asks a question, or just sits and hangs out, content with herself and life. The 19 year old is yes, two years older and might (MIGHT) be guarded because of those two huge years from 17 to 19 when you suddenly have to grow up a chunk. Sure personal circumstances and pain in life are factors in how guarded or unguarded a person is, but I think it’s possible that the 19 year old was far less guarded at 17. Plus he is a guy. So Ya, I’m comparing apples and oranges because girls have so much more emotion overall, it’s easy to interact with more emotion when you have it to begin with. I know guys in general are more shallow in everything, but for my point, gender doesn’t matter because I know guys who are Unguarded, and they are a joy to interact with.

While I have this guarded/unguarded nature on my radar and I meet new people (which is constantly) I am buoyed up in my hope for the world the more I see the unguarded ease in strangers. Just lately, I think I need more hope in people.

If you’ve read my blog for a while, you know I have a “thing” for self esteem. I’m preoccupied by it constantly, and write endlessly about it. Although I’m not going to turn this into a self esteem essay, I do want to just hypothesize that a guarded person is far less comfortable in their skin than an unguarded person. Being unguarded means that you are making gestures, expressions, feeling chill, and seemingly far more comfortable with yourself than someone who appears to be “unable” to show the same.
Posted by Natalie And at 10:38 PM No comments:

Can you be bothered? 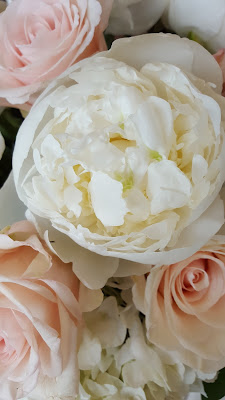 Can you be bothered to:
Accept
Move on
Learn new things
Succeed at something big
Find your joys
Explore
Watch the sun set
Listen
Close your eyes and picture it
Dance
Find greatness
Find love
Sing
Feel happy
Change something
See the gray
Consider crazy possibilities
Ignore old dumb shit
Believe there’s more awaiting you
Snuggle
Find words to explain
Grow
Stop doing what upsets you
See your shortcomings
Take a chance
Taste something new
Consider the possibilities
Hope for the best
Stop thinking about the worst
Allow the universe to deliver