The kaleidoscope of LOVE

It makes sense to say love is a kaleidoscope, and everywhere you turn it shifts… who you look at, the angle you take, how the light enters, where the silhouettes are… and the reasons for which you hold it up to your eye even factors in.

Love and what it encompasses is an individual perception thing. Some don’t love much, some love overboard, and some have to learn about loving. I might be one of those that had to learn. I say might because I feel like I’ve always been a loving person for the most part, but as I look back at evidence, showing love, expressing love, and following through with love, I was lacking and have changed as the years have passed. I’m also looking at what reasons I have behind loving those that I currently love, and who these people are to me in life. 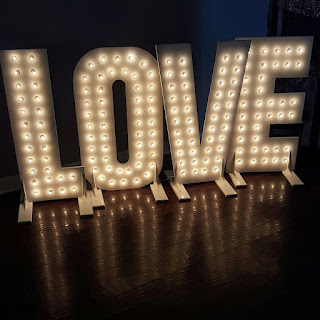 I don’t think there are two people in this world I love the same way. Just as I can’t get two exact images looking through a kaleidoscope. There are too many reasons, why’s, levels, and factors.

Again, it’s perception… If you need something in life, and someone shows up with that thing, fulfilling that need, you will perceive them differently than you would any other. Examples always make it real for me, and I always resist sharing personal examples only to relent when I feel I’m not getting where I want to get… so examples it is:

Quite some time ago, a friend appeared out of nowhere and offered encouragement. I don’t remember if I knew in the moment how deeply I needed to be encouraged, but I did. I was telling myself that something that was exciting to me meant nothing, and I shouldn’t bother sharing it. My encourager appeared and said they wanted me to keep going. Suddenly I wasn’t the only one finding this thing exciting, and I had a reason to share. This simple little thing was giant for me. My encourager was completely clueless to the need I had, or the long term effect of it. It was actually pivotal for me. To be clearer, pivotal means: of crucial importance in relation to the development or success of something else. Almost the exact definition of what encouragement means to me.

Another friend is a safe listener. Which is a two-parter skill. Listening is one thing, but making someone feel like they are safe in the things they say, that’s something expanded. The safety part is a complicated thing to explain because although it’s one word; feeling safe only happens because of many little things. And frankly, not many people WANT to listen, so just listening is pretty damn cool too. My safe listener wants to hear the shit with the good, the uncomfortable with the funny, and it doesn’t seem to matter what I say on any given day, my safe listener doesn’t let me feel heavy… which is how they remain safe. My knowing I’m not causing any harm by what I say, even if I’m whining.

Understanding and being understood are a big deal to me. Which would also be labeled as “relating”. The inability to relate to someone keeps you outside their circle. The ability to relate, creates bonds, it bridges, it builds, it is a foundation that proves to be more vital than anything put atop it. Because the contrary; being misunderstood --is destructive. It hurts. It’s harmful to love, relationships, friendships and happiness. The feeling understood element is why your best friend becomes your best friend. Feeling as though someone “gets you” is how we aren’t ever completely alone. What I love about a person who gets me, is that I can use less words. I can say one sentence and that’s all it takes for my feelings to be understood. Ya, I’m pretty wordy, as you have evidence for here, but LESS words AND being understood… that’s pretty damn awesome.

Self esteem --the subject I might harp-on about most in the world, because I have so much to say on it… Here too it’s a big deal because when you have someone who sees you, and I mean really sees you, you can’t help but like yourself more. It’s like they give you glasses with some of their vision in it, and you are able to see who they see, and love being that person. I have a friend that doesn’t even mean to alter how I see myself, but their sheer adoration for me makes me love being me. It communicates the need to stay genuine, true to myself, and a stupid way of saying it… they give me permission to be me. Why the fuck I should appreciate it in those words “permission to be me” I don’t know, because if I imagine someone who is an ass, that I don’t love, my mind says “I don’t need your permission to blow wind out my ass, let alone to be myself”. But the friend increasing my self esteem is like continually touching me with a magic wand turning me into gold so I stay who I am, and like being there.

Lastly, this will sound redundant, but bear with me. Some people LET you love them. How I put it in a book I wrote was: “There’s a difference between those people who let you love them, and those who won’t. One is a joy. The other is painful”. I did that painful thing far too long. I think I had to learn that lesson the hard way. But now it’s in… I get to experience love that’s not only wanted, but appreciated. I get to feel the joy from “allowed” to love. Anyone not “letting” me love them now, will simply not be loved to any great extent. Simple. The not letting is also non-reciprocal… so why would you want to waste love? Good question, so don’t!

Love is a bloody beautiful kaleidoscope, I hope you too get to see it with awe and grandeur today, faceted, full of shape and color, as I do. Not just as a choice between two shitty heart shaped cookies with mangled frosting pushed around a few times before landing on your desk and labeled “love” from some random well meaning nobody.

Happy Valentines Day to my Dearhearts.
Posted by Natalie And at 12:31 PM No comments: