A codependent relationship is one that is dysfunctional and unequal -in that one person tends to be unhealthy emotionally or physically, and the other enables it or makes the dysfunction ok. Essentially fulfilling the void or fixing the mess created by whatever unhealthy aspect the individual lives with. Sometimes both parties are doing this for one another, both unhealthy, and “fitting” or “filling” the problems so they can continue and perpetuate the dysfunction.

It is in huge part because of the existence of codependency that in contrast, the people who are able to live and thrive healthily emotionally and physically, while being “alone” that we see their independence as such a marvelous thing. And really, so much in life is done alone. All the hard stuff that happens in your mind, all the heartache, the fears, the woes. These are all yours and felt by you. When one meditates, one does it alone.
There is so much to show us that autonomy/singularity/independence, when achieved, is a good thing.

I have personally experienced the benefit of autonomy when I finally accepted that I like who I am irrespective of anyone else in the universe liking me. Which is a silly thing to say, because really, liking yourself means you are someone likable, and naturally others like you too. BUT, for me it was in the realization that I could think I was a pretty cool person, worthy of being loved EVEN IF the person I wanted to be loving me and finding me a cool person had “exited the building”. I was alone, and I was fine. I can be happy in that space.

(It was that realization that first started me on a path of “independent of anyone” -happiness. I say that in quotes so you see where my thoughts were. Not that I actually used this terminology as the lesson unfolded.)

So, here I sit, sounding as though I’m going to sing the virtues of autonomy when the reason I sit is because although I have learned that being autonomous of anyone else, is vital, I’m now experiencing and FEELING something that feels like stage two.

Lets look at it this way… if codependency were black, and complete autonomy were white, what are all of the gray shades between the two? Positive places or, negative places? Because nothing is only black and white. I am starting to realize that in this too… there are so many stages between, and honestly, what gray stage is “healthy” or “necessary” is not across the board the same for everyone. It’s in realizing the white isn’t for me, and that I want a shade of gray that I’m suddenly feeling awe over it and looking for a way to explain it. 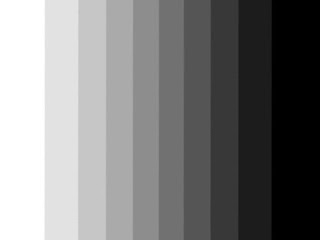 Here’s some obvious shit. We aren’t living on a planet alone. We don’t get to isolate ourselves, we have to interact. We have friends, we find lovers, we interact with one another on a continual basis, and all the lessons we learn in life have everything to do with us not being alone. There would be far less lessons experienced if you were on an island and not a continent surrounded by people.

Lets ignore the black side of the scale. The codependent side. The totally unhealthy side where people are miserable and perpetuating it either by choice or by choice to do nothing.

I want to ask where falling in love is on this gray scale. From white being totally alone, and black being totally dysfunctional, where can love fall? Anywhere right? Depends on the individuals.

Well, I have realized that there is a lack of happiness not just in the black, but in the white too. And I say that not because the white isn’t a happy place, I say that because the joy and love and greatness that comes with being in love, is not in the aloneness of white space. In order to feel these things from another, you ARE living in a gray space that isn’t all about the self (the white).

So, with that making sense, I can say I’ve realized that depending on the connection, the individuals, and the quality of the relationship. It’s possible to meet someone and have a relationship that is near the black/unhealthy end of the grayscale wheel. It’s not co-dependent, it’s just not ideal, nor conducive to both parties remaining happy. How this happens is down to many reasons, but for the sake of ease, I’m going to say compatibility.

I have been in a gray space where I continually told myself things would change. The color of the gray space would change soon, and it would feel better. It would click suddenly, it would change. I did this for a very long time until one day I had no choice but to admit how incompatible we really were. That shade of dark gray was very uncomfortable, and I knew it for a long time.

What I also had to admit was that I had previously experienced a lighter shade of compatibility gray earlier in my life, and so I knew what it was like for someone to feel already a part of me.

(*I think I need to make this a scale that is unchanging… the people change.)

Where you are most comfortable on the scale has everything to do with you. The scale doesn’t change, YOU decide where your happiness resides. And this gets more complicated when I say that each person has a gray scale, and the most successful relationships are because they are living in the same shade of gray. The level of independence to dependence for each of them makes a better relationship when the two MATCH. Some people WANT to be in the white. Totally independent, ok with not sharing themselves with another. This is neither wrong nor right, it’s individuality.

Being pulled into a shade of gray different than the one you are most comfortable in, will keep you uncomfortable. Again, that is neither independent, or codependent, it’s finding your spot, and someone else in the same spot. This is where one would say they found their twin flame. That person that matches you so well, you are literally experiencing something that feels like you are in a different place, but really, they are cementing you more into your comfortable spot.

I’ve been fighting independence, insisting it’s who I am and where I need to be -to be my best self. Now, quite suddenly I think I’m accepting I don’t want that pure white space. I’m really further along in a gray.

Posted by Natalie And at 9:50 PM No comments: