I’ve been noticing two things about self esteem lately. There seem to be people out there that just do it without obvious reasons to be ABLE to do it, and there are those who seem totally unable to do it and continually strive for acceptance irrespective of their great outer appearance.

So many people seem to be consumed by the need to be “liked”. I even know people making youtube videos talking about feeling this need, and how big it is. What they don’t seem to know or remember is that 20 years ago there were no likes en mass happening, and therefore nobody needed it. NOW, it has become part of life--being “liked” or not—by large numbers of people. 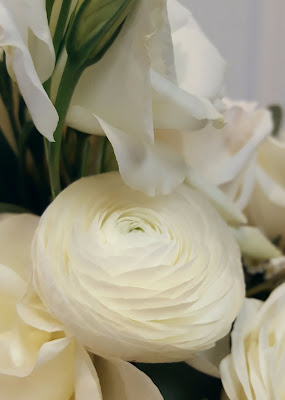 Frankly, the world is becoming more and more shallow. I’m not saying I’m not part of it… I can say I see this because I too am noticing being pulled in. I just happen to be someone noticing and saying, “this isn’t cool” “this isn’t necessary” “let’s have normal interaction back” “I’m sick of cyber life”.

I see young girls making choices that literally revolve around the idea of being found beautiful by others, which they hope will make them feel validated and liked. Men too… it’s frightening actually.

I think we are reaching saturation in some things, and by saturation, I mean many are finally convinced by rubbish beliefs. So much so that we seem to have a common “type” of people that we’ve not had before. It’s a shallow type of person that doesn’t know what priorities are, they have no general sensibility, they strive for attention and likes instead of pursuing dreams, practicing talents, and making their “art”.

This current uncomfortable state people find themselves in is almost unnameable. It’s new, it’s messed up and humans are altering. Cyber-loathing, Cyber-validation, interweb-cred. Its false self esteem attached to an electronic device dependent on social media.

Then there is “Sharing”. It is done on such massive scales; 6 degrees of separation might be down to 3 or 4 if we take fb into account. So when people are “liked” and they “share” it can be by hundreds or thousands of people. And if not them, they are seeing hundreds and thousands of people liking things. This seems to be communicating to some, that it’s necessary for LARGE numbers of people to “like” you.

I’m kind of freaking out how shallow everybody seems to be getting. One of the reasons I say shallow is that they are reaching conclusions that are erroneous, and based on other shallow people. The blind leading the blind, essentially.

I’m rarely stuck for words, I can usually find the calm to explain myself, but the nature of this subject, and the twisted views of people these days—have me freaking out a little.

I’ve put so much time and effort into writing and sharing successful ways to self esteem and self respect. I am a product of my own success in this area, and never do I suggest to people that it is important to be liked by others.  People are reaching this conclusion and destroying themselves because they don’t have all these “others” liking them.  And even when they do, it’s not enough. The “fuel” is in constant likes. When will enough people like you? What number is that? There isn’t, it's unending.

People are getting it backwards and destroying themselves in the process. I have been privy to conversations lately where people don’t seem to know that when they like themselves, EVERYTHING changes. Life changes, the world changes, and the PEACE everyone is looking for arrives. It’s NOT in the knowledge of others liking you! It’s in the health of liking yourself!!  Once you do that, people can’t help but like you… so what you seek erroneously is actually a byproduct of a better choice. The one where if you like yourself—nobody else matters.

I know so few people who believe or understand this because every body is spending time on their phones and tablets getting conditioned. Conditioned to have no attention span, conditioned that they are not as awesome as everyone else, conditioned that they need to be liked. The list goes on and on. And here I sit wanting to shout “Somebody stop and think! Look what you are doing to yourself”.

I have written so many times about being genuine. Be who you are and people will respond. Here I am saying it again.

I work with a lot of young people, and I see how difficult it is for young people to grasp what I’m saying. Clearly a woman over 40 has far less to lose where the “cool factor” is concerned. And they probably also think we don’t need to be liked by others at this stage of life. So every chance I have I talk about the fact that nobody will ever be liked by everybody. And it’s totally normal. It’s totally ok. It’s life. They are a bit shocked when I say “I’m not perfect, I never will be. There will always be people who don’t like me. What I have finally accepted is that it doesn’t matter if people love me, OR if they hate me. I LIKE ME. I LIKE WHO I AM. I LIKE MY LIFE”.

THAT is what people are searching for but don’t know it. That space of comfort in being able to say, everybody won’t like me. And it’s just fine.

One of my mom’s favorite sayings is: “You can’t care what people think of you, they do it so seldom”.

It’s a self-centered world. Most people are out there worrying about what they look like and what others might be thinking about them. Their concern is not how liked you are, or how freaking hot you look today.

But you know what does matter? You finding you hot. You liking you. Feeling comfortable in your appearance, that you like the way you look. THOSE feelings will make you an attractive person.

So, quit! Be the person you want to spend time with, and you will always be in good company. Pretty sure this is contrary to what you are currently telling yourself, but answer this: How successful are you currently in liking yourself and your life if you are putting more credence on the thoughts of others? (Most of whom you don’t even know)

Do you get it yet? Like yourself. It’s just one like you need.
Posted by Natalie And at 3:59 PM No comments: