Bullied, or Picked on?

I’ve been trying to decide in a recent situation why I feel picked on, and not bullied. What’s happening could easily be called bullying, and I finally realized the difference (I’ll say FOR ME) is that I do not feel inferior. I don’t feel weak enough to be harmed. My being a woman, and his being a man is also part of it. I’ll come back to that.

Is it bullying? Technically, yes. Does it feel like it? No. And the answer I reach when asking myself why -is that I’m too old and too strong. The reality is this happens over and over on a regular basis, and has by this guy for five years. This repetition does 1000% mean I’m being picked on, and if it were someone else, and I were watching, I would call it bullying.

Thing is, at this age quite a few things have managed to sink in:
1. Most people picking on someone totally believe they are justified for some reason.
2. Young people who don’t know what they don’t know will always be “right”.
3. My self-view is not dictated by someone’s attitude toward me. (that took a long time to learn.)
4. A Bullier could be so far from present, they don’t have self-perception.

To be clear, these are not excuses. Far from it. Someone’s shortcomings are seldom seen by them, but we all must remember, our shortcomings are not invisible to others. You will show people who you are, and if that is just by default because you can’t be self aware, so be it. Nobody will stop you. 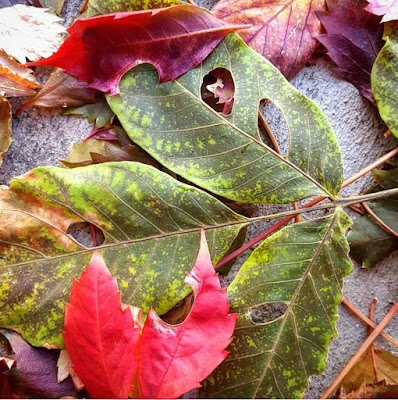 Over those five years of being picked on sporadically, I’ve wanted to say a thousand times, “Stop watching me. Stop paying attention to me, stop picking on me, stop putting me down”…and I never have. I don’t because of a few reasons. I feel like bullying is obvious to everyone in the room. It’s the bullier’s way of showing people they have a problem and need a punching bag. I’d rather let them show as many people as they can who they are. Anyone watching will see their true colors. Integrity is scarce, so when people want to shout that they have none, I let them. I am not going to change who I am because of your desire to make me your punching bag.
When asked by my manager if I confronted him and told him to stop, I said “No, and I won’t allow his small mindedness to change me. I am not a confrontational person.” And frankly, my history has everything to do with this decision to not be a confrontational person. I grew up on the attack mentally, emotionally, and physically by a small-minded man. In fact, attack in any form is not the route an intelligent man takes. This was the biggest lesson of my childhood. I have been quiet most of my life, allowing others to show me in word and deed all I need to know about them.

I also must acknowledge I allowed this dude treating me as a punching bag off and on for so long to hold the title “friend” off and on as well. Sometimes I give some people more opportunities than others. I’m not sure why I do this, there doesn’t seem to be good reasons, but eventually, if punched enough times, I guess it finally goes in. And frankly, there just aren’t enough men out there of high enough quality that I will ever be too surprised when they finally say “I am not worth your time/energy/love/praise/etc”. Which makes me sound like a man-hater. I’m actually a man-cheerleader constantly looking for work. Constantly getting laid-off from the job of cheering a quality man on. Women too, don’t get me wrong, but of the people I know that are “top quality” 95% of them are women, and they are really amazing at the game of life. Oozing integrity from every pore and orifice. Women bully too, but it is not as much in our nature as it is for men. Plus we don’t tend to have our ego threatened the way men seem to. I have seen many times how men react to strong women, and that too is them showing the world their small mindedness.

This will all sound too harsh for the mind that uses bulling as a tool to keep themselves “right”, “justified”, “smarter”, or “in charge”. The thing we see when given enough time -the bullier believes they are one thing, while showing the world they are another. Can someone like this change? Maybe so. I think every one of us is in control of who we are. Have I seen many change? No. But I won’t lose hope, I am a cheerleader by nature, and wouldn’t it be cool if a year from now I were sitting here writing about how many incredible men I know. Because guys… you are in control of yourself. You decide what others see. You decide who you will be. We (the not small minded) are not blind, and we know when we are picked on.
Posted by Natalie And at 11:44 AM No comments:

I’ve decided that this happens because at no point in growing up does anyone tell you “Hey, you should start deciding for yourself who you are”. We just kind of fall into the existence of being told how others see us, “You are overweight”, “You should be a ballerina”, “You are funny”, “You are too serious”, “You are effeminate”, “You are weird”. And we let these mean something to us and tell us who we are.

Now, I’m not saying we consciously allow this to happen or we consciously don’t decide for ourselves who we are. It’s one of those things we fall into because we never think to be/do otherwise. It’s more by default.

I too did this most of my life, and it wasn’t until I was in my 30’s that I was suddenly able to hear it, and realize I should be the one deciding these labels, not others. And the reason I say that is that it almost doesn’t matter what other people want to label you with, if you don’t make your own labels, you will ACCEPT you are who you’ve been told you are.

And before I go much further I’m going to throw out a spoiler of sorts… the labels you are given have everything to do with the person labeling you. Based on THEIR views of themselves and how they grew up being labeled. It’s kind of a messed up way to receive self view. But I’ll come back to this.

I want to use an analogy to explain what I mean.

Imagine being handed a card every time someone tells you something about who you are. Lets say that as you are growing up, your dad continuously hands you an “overweight” card. Again, this is based on what HE considers to be overweight, and also, that concept “overweight” must be an issue for him! It’s not an issue or important to everyone and doesn’t have to be important to you either. It’s also based on which part of the world he lives in and what he is exposed to. Is he hanging out at the gym? This kind of thing.

Also, you think your dad is only going to hand you ONE of these cards in your lifetime? No… he is likely going to hand them to you over and over. So you are figuratively finding pockets for all these cards, and carrying them around with you everywhere you go. They become your reality and almost a safety-net, so that at any time you can pull out a stack of cards from one of these pockets and SHOW people who you are by listing your labels. 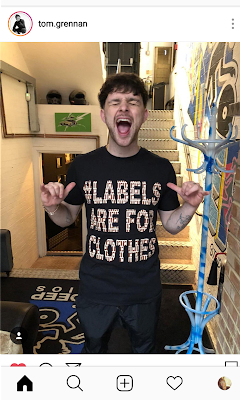 And chances are, you do not at any point realize you are being handed these cards/labels. You take them and you put them in your pockets. You even find that you keep being handed the same cards by the same people, so they don’t even stand out or feel strange anymore. And when your pockets are full and you are feeling down on yourself, you don’t notice it’s because of all the cards you have taken on board. Picture a pair of overalls, with added makeshift pockets to carry all the cards you have as you’ve got older and met more labeling people. Maybe it’s only at that point you realize you’re sick of these heavy overalls full of inaccurate labels. At some point, it might just get too much.

This was true for me. And when I finally had the idea of taking off everything that had a pocket, I stripped down to nakedness and taped a couple of those cards to my body, unable to let go of every label I’d been given, still unsure who I really was. And what an uncomfortable space to be in. The realization that you don’t know what you think because you have been taking on board what others think for so long. Its freedom on a level you might not be able to immediately accept. “Well, if I’m not going to believe “this”: ___, then what is my “that”?

To be honest, it’s giving yourself a blank slate to decide anything about yourself really. The craziest thing is that you COULD HAVE been doing this your whole life, but for some reason, you missed the memo.

This removal of all pocket and card containing layers of clothes coincided with a bunch of uncomfortable life changes for me, and finally reaching a point where I had to make my own decisions about who I am in order to like who I was. This is where I’m trying not to turn this into my story, but show others I have the same story. But this time, I’m hoping so bad that I’m not talking to people my age with decades of taking on cards they turned into a mountain of labels. I’m hoping that my young friends might be able to see “I’m doing this too. Nat is over here encouraging me to take off all those layers of labels and be comfortable in my own skin. Label and card free.”

You want to know what labels I’m willing to accept now? Happy. Loving. Kind. And when people try to hand me cards, I don’t reach out and take it, I let it fall to the ground. I decide who I am now. With a bit of attitude about it too. People can create or make as many labels for me as they wish. That’s their thing; let them be a label maker. I’m going to be me, do me, and worry about me. So that what I feel about ME…is all good.