No Really, Worry About Yourself

The concept of “worry about yourself” was totally new to me until about 5 years ago. So, here I’m admitting that one of the most important lessons I’ve learned in life; I learned after 40. Since I wrote about it 5 years ago, I have so much more to say on the subject than I did when I was just wrapping my head around it.

When it was said to me, it was because I was making issue about how I perceived myself as being treated by someone else. That person’s reply to me was “Worry about yourself” and I was like “What does that even mean?” I hadn’t heard anyone say that before, and since I had a pretty solid framework for the word WORRY, I totally didn’t get it. 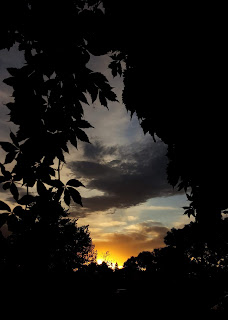 For a couple weeks, I repeated it over and over in my head, because of my confusion and the discomfort of the situation where I thought I was being treated bad. As I dwelled on it -it sunk in.

Since then, I have used this expression and shared its benefit many times in conversation…because you see, although it sounds self-centered, it’s actually a self-actualized concept.

Let’s imagine for a minute that you have multiple things going on… This pile of “things” is making life harder! You are feeling overwhelmed, and know you need to come up with some solutions to “fix” some of these things, and try to get your life back to feeling like you have order and ease on at least some levels. Your problems, are big and small, and you see you need solutions.

The ability to be in a space of feeling like this, AND TO UNDERSTAND FULLY that every other person COULD ALSO be in a space like this, struggling with their own issues…AND it having NOTHING to do with YOU and your “things”, is how you are not being self centered.

A self-centered person would see their own issues and “things” as being overwhelming, all encompassing, and ALSO MATTERING to others, not even considering that others have a life and issues too. Worse than even being self centered, a narcissist would believe that their issues are the only issues, and their life is part of your life.


So to see yourself and others separately, to have empathy that they could feel overwhelmed or upset, or feel ANY emotion, and it having nothing to do with you -is a healthy place to be. Not that having an overwhelming pile of “things” feels healthy, but your ability to stand back and actually SEE Yourself, to SEE others, and to HAVE empathy for them, because you know what you feel like, so you can “get” what they feel like; THIS is a self-actualized trait.


To “worry about yourself” is NOT to say “be selfish”. It is to say Be SMART, let’s be sensible: everybody hurts, everybody struggles, what someone is doing, saying, acting, feeling doesn’t necessarily HAVE ANYTHING to do with you. Don’t insert yourself into what is going on with them. Worry about yourself.
And this is a good place to point out, that if you CHOOSE to be offended by someone having a bad day because of THEIR LIFE, you are choosing to swim in mud and make your day harder. Being offended the majority of the time is you being unable to see how they are acting is about what they are experiencing, -how they are feeling, -what they are going through. To MAKE IT about you is for you to ignore they might have a pile of “things”, and so what they say or how they say it could sound harsh and about you. No! It’s about them. LET THEM act however they are going to act. Their mood is theirs, let them show it to as many people as they want. Let them do their upset, overwhelmed thing and NOT turn it into being about you.

My friend gave me a unique example the other day…not knowing it was perfect for this concept.

So, I pointed out two things.
The first was this daughter is very insecure.
To the point that she is even allowing everything happening around her (like what her mother is doing, saying, and looking like) to be something that makes her feel MORE insecure. My friend knows this about her daughter, but because they are close, all of the things that this daughter says; hurts. For her daughter to tell her: “Your hair looks like David Bowie” she struggles to not turn that into “Your hair looks terrible, I’m embarrassed to be seen with you”. And what is the daughter doing here? She is being so self centered, that she is making what other people look like around her, -part of her, so not liking what her mom’s hair looks like as a way for her to be yet MORE uncomfortable. It’s a very unconscious thing…obviously.

The second thing I pointed out is what my friend hasn’t done.
She hasn’t ever said to the 18 year old, she needs to worry about herself and say to her: “I will do my hair how I want to do my hair, you will do yours how you want it, and neither of us EVEN NEED to have an opinion about what the others hair looks like, because we can BOTH worry about ourselves”.


“You don’t need to be embarrassed by what I say, because I’m the one saying it and I’M responsible for what comes out of MY mouth. YOU be responsible for what you say, and if you do something embarrassing, and you want to feel embarrassed, go ahead. But don’t decide YOU need to be embarrassed FOR ME when I’m NOT embarrassed. Worry about yourself. Let me do me. Your criticism of me -is about you; stop it. What you are accomplishing with your critical words is making yourself look like an ass. Stop being an ass and forcing your opinions onto me and my comfort. Because YOUR discomfort is YOUR choice. You don’t have to choose to be embarrassed. Become self-aware, accepting your feelings are almost always a choice. Make new choices, and worry about yourself.”

Can you see how much you simplify life by ALLOWING others to be, feel, do, whatever they want? You are not responsible for them. Let it go, don’t make it about you, HEAR what they say as them telling you about who they are and what they are going through. And if you can…turn their “harsh or mean” words into them saying: “I feel really shitty”, and ask them if they need a hug. We don’t NEED to take their life, their past, their discomfort, their lack of happiness, and turn it into anything that belongs to us. You do you. I’ll worry about myself.
Posted by Natalie And at 12:09 PM No comments: