I made a connection recently. I’ve noticed more and more people these days are saying “sorry” without any reason. They could brush against you, stand in front of you for 1 second too long, or any no-big-deal thing that happens. Often I hear “sorry” and I don’t know why I’ve heard it. Some of us are constantly saying, “don’t apologize” but it’s like a current culture habit people have to think an apology is needed for every little thing. It’s so common it’s been on my mind lately… but so has something else… and I think there is a connection.

The generation that contains 20-23 year olds is in love with being offended. They want to insert themselves into any opinion, into any situation, and they are continually searching for something that might prickle someone’s feels. Then BAM! They have a reason to be upset and offended on behalf of someone or something, and if they are lucky; themselves. This then gives them reason to complain publicly… and this too is part of it. “IT” being the connection I’m pulling together. 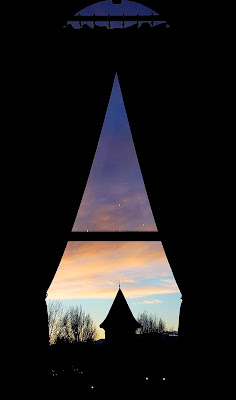 I’m a pretty sensitive person. I see kindness as vital, I see respect as HUGE, and so the fact I’m saying what I’m about to say is not contrary to being a good person, treating people ‘right’, or anything even close to derogatory.

I lived in England for 10 years, and with people getting upset and offended so easily, I have an expression continually ringing in my mind. “Put your big girl panties on”. Or as its said in the US: “Grow up”. Whether you are male or female, the message is kind of a harsh one because someone NEEDING to tell you to stop being such a baby about something means you probably are being a baby. The act of “feeling hurt” is a decision you make. Some people do the opposite and say “so what?”

The world is NOT a nice place, mean things are said often, people ARE rude, but that doesn’t mean you need to act like you aren’t capable of saying something back… that you can’t call an asshole an asshole, that you aren’t able to stand up for yourself, or that you need to turn the situation into one where your feelings are hurting and you can’t do anything about it.

If you are willing to stand up for yourself (or someone else) and if you have to say “shut up” do it! Situation over. Don’t go home and write about it on facebook, or twitter, so you can get a bunch of people on your bandwagon of hurt feelings. Grow up and realize that being offended is your choice, your childish choice. You don’t have to choose to be the child and be “hurt” by words. Didn’t all of our parents teach us “Sticks and stones may break my bones but words will never hurt me”? Do you know why that is true? Because you have CHOSEN for it to be true. What people think of you is none of your business. What they think of a stranger is none of your business… what you think of THEM is none of their business… This is easy stuff folks. Grow up.

Lets say someone is rude to my face about something that embodies me either physically or personally. Yes, I’m going to feel bugged immediately… How long I CHOOSE to carry that around is my decision alone. Nobody is telling me to take that rudeness and fill my pockets with it, sharing it with everyone I come in contact with. If I do… I’m deciding to do it.

I am not saying I never ever get offended, but actually, in order to offend me, you have to really know me, know what would hurt me, and then choose to hurt me. The choosing to hurt me intentionally is how I feel offended. And really, what that does is just destroy my ability to respect a person. Which is like them deciding that they want me to think less of them, so I do. This is not common. People don’t tend to insist on hurting others, so I rarely feel offended.

How often am I bugged? Pretty often, but I put on my big girl panties, and I get over it. Ya, it’s common to tell a friend how big an ass someone was, then to agree people don’t need to act like that. Generally the being bugged ends with the telling of the story. Like the words spoken in telling it puts it outside the body and therefore outside the mind. This is a common practice for me when I feel bugged. I say it out loud… and gone.

Eckhart Tolle talks about this same thing in being attached to “the story” and the “pain body” needing to keep repeating “my story”. The ability for one to see that your story does not bring you benefit or happiness, will then give you the ability to move on. Can you see how emotionally healthy it is to do that?

I’d like people to realize that so much apologizing is not only unnecessary, but dangerous to society. What are you actually sorry for? Your existence? Your momentary hesitation? Your standing there for a second too long? Because sometimes that’s all there is in the apologizing for nothing, and don’t you dare apologize for existing. Don’t apologize for standing up for yourself, for standing up for someone else, for anything trivial. That is not the world we want to live in.

The last part of this connection is in my noticing people apologizing for their phone speed… I work in a job where people use an ap. Sometimes people have to log into the ap, and so need to take a few seconds to enter an email and password. I can’t believe how often people apologize for doing this. I am on a one woman crusade to try and convince people that if we can’t wait those couple moments it takes to get into our technology, well then we may as well not even be using it. I remind them that conditioning by internet speed does not mean we ourselves have to apologize for not being lightning fast at everything we do, because 20 years ago we weren’t apologizing for anything attached to phones or speed. Have we become Pavlov’s dogs? MUST we salivate every time we hear a bell? Are we really that far outside of choice? Gawd I hope not.
Posted by Natalie And at 1:06 PM