Is it funny that a divorced girl has relationship advice?

I have a friend that recently said that she believes she has a problem. She only manages to get into relationships with a certain type of person. She sent me a link and as I read through it, I can see that she could be right. I have known her for over 12 years, so I can see her point.

As I read, I felt I had so much to say to her, I decided to write a post. Maybe someone else can use this perspective too. Not that I think I’m so problem solving, but perspective is one of my “things”, so maybe I have something useful.

The link she sent me explained what someone who is a “Love Avoidant” is. It said this:
“Love Avoidance is an “intimacy disorder”. When people have an intimacy disorder, it means they all share a profound fear of intimacy. (e.g., closeness, being known, vulnerability, sharing thoughts/feelings)

In a Love Avoidant’s mind, intimacy with another person is equivalent to being engulfed, suffocated, and controlled. Too much closeness with another feels literally like losing themselves, and yes, can even feel like dying. (That is how intense their fears can be) Consequently, in romantic relationships they have a heightened focus to make sure their partner keeps from getting too close.

A Love Avoidant does not embrace intimate connection - but embraces ‘defying it’.

One of the little reasons I DO have an opinion on this is because of what my ex-husband and I DID do in our marriage. (And for the record, it was alcoholism that finally destroyed my marriage. I was really in love with the sober him, and not the drunk him). For some reason throughout our 12 years, every day we said hello like we had just been apart. It was a greeting. A way of saying I’m happy to see you again. A way of showing love and appreciation anew, even though we had only been sleeping or spent the day at work.

One of the things that you notice about relationships that are “old” is how the partners talk to each other. They no longer use intonation that says I love you, I appreciate you, I’m happy to be in your company. Instead, the intonation turns to annoyance, impatience, and even (I have heard many times with married couples), intonation that says “you are annoying and stupid”. If you know me you know intonation is a HUGE deal to me… it’s another level of communication far stronger than language, and actually takes language to another level…There’s proof in how a robot would say “I love you with all of my heart”. Ya, not super effective.

When people do get used to one another, they also seem to find the other embarrassing at times… I have a friend that when she drinks, her boyfriend gets so embarrassed by her, he no longer has fun. Instead of letting her “own” her silliness, which is actually cute-as-all-get-out, he takes it upon himself to be embarrassed FOR her. If only he let her own it, he would put himself in a position of being able to laugh at her cuteness and humor along with the rest of us. His discomfort is totally unnecessary, and just looks like a way for him to be an ass. 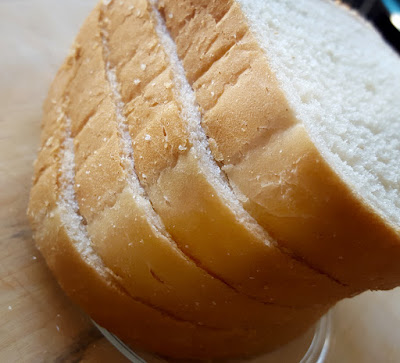 What is this thing that happens as relationships get older? It’s perspective. It’s the way we change the way we see one another. And honestly, I don’t think it’s conscious. I think people allow it to fall into existence by NOT paying attention, by NOT listening to themselves, by not consciously caring about their intonation, their perspective, and how they interact. Then they wake up and find themselves in this crappy interaction… they allowed it like they would allow a loaf of bread to sit on a counter and go moldy instead of making awesome sandwiches, or French toast out of it… and then buying MORE bread to do the same with. Go ahead… ignore the bread, let it go moldy, but don’t then go looking for another loaf of bread to make moldy too… covering your soul in loaves of moldy bread is not the path to happiness. What is the path to happiness? Avocado sandwiches, cinnamon toast. Bread dipped in potato soup… Eat that fucking bread and enjoy it. And KEEP eating it. The more moldy bread you pile up on your counter, whether it’s all inside of one relationship or multiples, it doesn’t matter. Moldy bread never made anyone happy.

Never get so used to your partner that you don’t see the mold growing. Because that mold affects you BOTH. There is no one-sidedness to it, you CAN’T succeed if anyone is allowing unconsciousness in the interaction. You must be paying attention. You must listen to yourself. You must give a shit and care about how you are living lives in a connected manner. Find me a happy relationship where one or both partners are unconscious and not actually trying to have success. Being IN a relationship DOES NOT mean happiness follows. The majority of relationships look unhappy. People default to letting the bread just sit on the counter because it is easier than making a sandwich. They don’t say “I’d rather have mold”. No, what happens is mold. It just happens unless you eat the bread.

So… it’s almost like I left the subject of a Love Avoidant. Since I have been talking about people who just don’t try. Avoidant’s are trying. They are trying to make sure no sandwiches get made while hoping no mold grows. They are paying attention on some levels, because they are wishing for no mold instead of just ignoring the bread to the point of mold. But they are also saying “Not going to use it… not going to mess it up, not going to let it mess me up"... and they stare at it, possibly even hoping that keeping a close eye on it will stop the mold.

Mold (the poor relationship) will 100% grow if you do not eat the bread in time. And what IS eating the bread? It’s laughing together, it’s looking each other in the eyes, its letting each other be genuinely themselves and loving their uniqueness and communicating it. It’s saying hello every day because you are happy that person is in your life. It’s paying attention to your tone of voice, it’s cheering them on when they have a dream, and letting them cheer you on too! It’s BEING CONSCIOUS about all aspects of what you are both doing in this thing you call “a relationship” and you are making some fucking delicious sandwiches together… even coming up with new ideas for that boring loaf of bread. It’s watching others grow mold and saying “I’m not going to do that”.

Eat your bread if you’re lucky enough to have bread. And enjoy the fuck out of it!
Posted by Natalie And at 10:59 PM