If I could coin one phrase in my lifetime, it would be Statistical Uniqueness.

We are overwhelmed by political correctness, labels, being offended, victim mentality, and I would like to point out the obvious.

Who you are… all the things that make you YOU, come from your life experiences, your feelings, your choices of perspective, your genetics from your parents and grandparents, your life lessons, your pains, your successes, and every gawd-damn thing you could think to list. So… clearly, no two people on this planet could possibly be the same. 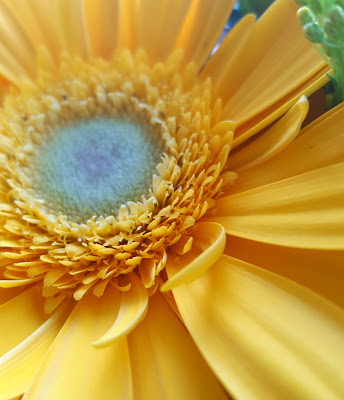 Not in any way. It is statistically totally and utterly impossible. Even twins have different life experiences because they are not one person… so even twins have Statistical Uniqueness. It’s like a universal law… ya, I just said that. There is no fucking way in the entire universe that anyone is going to be the same as someone else. There will only ever be similarities.

That being true, and there are few things in this world I’m willing to label with giant fucking letters of TRUTH, but this is the biggest… and I will… so that being true, I have to ask why anybody is arguing about political correctness, skin color, labels, or anything that comes close to words that relate to people having their feels hurt on a scale that is global or social or correctness or “wrong”.

How is this even a thing so dwelled upon in the world when Statistical Uniqueness is the reality. It’s like we are so fucking stupid we can’t see the obviousness staring at us… people don’t even LOOK the same, how could all their insides be the same? And we want to argue about differences? Huh? We are all different! Get over it. Stop looking like a dimwit, and see the obvious. Are you really going to get caught up in the word used for the color of your skin? White people aren’t white!!! My fucking pillow cases are white. Must we spend so much time concentrating on skin color? Can’t it be “skin” and that’s all… it changes when sunshine rays hit it… it’s not even constant. Are we children? Will we always be children? Will we argue for the sake of arguing because we aren’t smart enough to stop? Smart enough to accept Statistical Uniqueness.

It can also be blamed on the internet… everyone gets to have an opinion. Even me… sitting here typing up my opinion. We all have some level of narcissism that is internet based because we have the ability to put words out there that COULD POSSIBLY be seen by countless eyes. That possibility puts importance on the words one has. 40 years ago… only thousands or tens of thousands of people “heard you” if you were important enough to get heard. You had to be a president or a leader, or an influencer in the world. Now… a person saying “hide your kids, hide your wife”… has their words heard by tens and hundreds of thousands all over the globe.

Ok… assume your voice is important, assume you are potentially as important as a president. Fact is you have Statistical Uniqueness. Very few people might want to hear your words, very few might agree with you, and now, MILLIONS of people are able to do this same thing… HAVE A SAY. There is no longer importance in having your words heard. Let alone possibility you will say anything that should be globally agreed with. FACT.
Posted by Natalie And at 1:16 PM

Email ThisBlogThis!Share to TwitterShare to FacebookShare to Pinterest
Labels: Modern Society, Self Knowledge