My use of the word accomplishment recently led a friend to misunderstand that I meant it in a way that brought me some status, or money, or lifelong dream finally built. I shouldn’t be surprised, because the word itself kind of insinuates much effort was put forth and an end goal was reached.

When I typed “accomplishment” I was trying to sum up and find a word that fit why I love to write. Which really just did the opposite, I then had to explain what I meant by using that word, and I’m so glad my friend didn’t hear it how I meant it because that gave me opportunity to do what I love… explain and clarify so that I feel a sense of being understood. AKA Accomplishment. Point made. 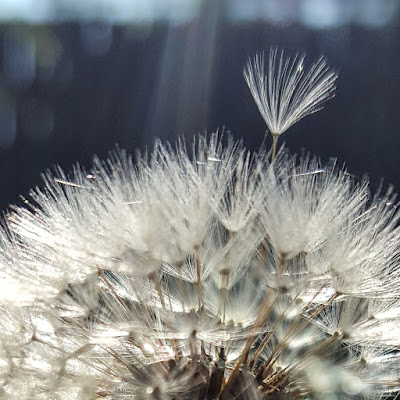 And in the writing of my explanation, I realized I have another friend who might like to hear this, because that friend is in a place of not feeling fuel, drive, joy, motivation, creation, or accomplishment. To the point that friend is putting themselves inside a “cave” to be unreachable and alone. Outside of my arms length to affect or help. Sometimes that’s all I need to find a reason to write and feed myself a sense of accomplishment. (This same friend in the cave calls me a wordsmith, so you bet I want to be writing for that friend.)

And that is really the point I am going to make by the end. MY sense of accomplishment isn’t actually conditional upon success of a large end-goal. Sure I want my friend to come out of the cave, feel helped by my words, and benefit somehow from knowing me, but the truth is… MY sense of accomplishment, MY motivation, MY drive is just finding a way to say the things I want to say -to someone I care about. Whether my friend ever even reads this does not change, whether or not I have succeeded in that desire to clearly explain thoughts and feelings. I don’t write earth shattering words. I don’t feel ground breaking concepts, I write because I love to, and for how it makes me feel.

Like a race car driver. I doubt Kimi Raikkonen races ONLY to win and stand on the podium. He can’t. He clearly must love to race. He must love the team, the car, the tracks, the competition, the atmosphere, the everything, or he would not be doing this since the age of 10 (28 years). Every aspect is his fuel, his drive, his joy. Each of us have those things in us that bring us motivation in life. Which tends to be the stuff we are good at because that’s the stuff we enjoy doing most.

So lets go back to my slow small slug-like version of accomplishment. For me it’s nothing large. It’s nothing so fancy as that for Kimi. For me it’s taking a concept like mattering to a person and organizing words in a fashion where I feel people could get what I’m trying to say. And MY MIND feels satisfied and accomplished by the end result. As long as I’m satisfied, I am accomplished.

This is not an idea that has been with me all my life. I used to have giant towers and mountains of ideals surrounding me that looked and felt impossible to ever conquer. I had so many imaginary un-scaleable mountains that provided me with a million excuses for why I couldn’t become this or ever succeed at that. And eventually I saw that these towers and mountains were all created by my imagination. They weren’t real, and nobody else could even understand them, let alone see them. “Are you fucking crazy Natalie? What are you looking at?” could be the words spoken to me. And I realized accomplishment comes wherever I want it -in whatever form I enjoy and want to feel it. I could just as easily decide that none of my writings will ever be read by anyone and feel accomplishment in filling the hard drive of my laptop with a library of essays. (I do that too.) The realization I DECIDE was the real groundbreaker. Not anything I actually did or “accomplished”. I can feel fuel, drive, joy, motivation, creation, accomplishment, over anything I choose to feel it over and I even decide if I’m going to argue that with the negative committee in my head. I can decide also that nothing is up for debate, because the negative committee is not me, not employed by me, and they are best seen as squatters who need to be kicked out.

What we feel, the levels at which we feel, the end results of our feelings, so much is for you to decide. You own you. It’s easier to believe you don’t and that those mountains aren’t scaleable… but that is only because that is what you are used to. I’m now used to not seeing mountains, just molehills I can cover.

If my “caving” friend reads this, my friend will remember the many things I’ve had to deal with this year. And how I have not sailed through easily. Life can happen to us as well…but that is why we have to remember to be in charge of the things we can be deciding. There are plenty of things outside of our control. We may as well control the things we can. And frankly, I want to be having joy in all the areas I am capable of joy. Personally, I want to choose to feel accomplishment even at typing black letters onto a white screen…because all those things happening to me aren’t at my fingertips to delete or rewrite. So you bet I will control all the things I can. My attitude is the most important one. This has nothing whatsoever to do with reward or money for said accomplishment. I create my creation. I love the process. I feel fulfilled. This is why I have never cared for money. It’s a necessary tool. Its not attached to what is my joy. My feeling accomplishment at what I wanted to accomplish is the real goods.