Are you Excited? No.

Is it crazy that at this point in my life I can still be learning about me? I’m about to turn 41, and one could argue I should know myself by now.

I’m glad I have friends that like learning about themselves, and engage with me in conversations about our failings, our learning, and our growing. Lately we are discussing my inability to allow myself to get excited. I’ve become so very good over the years at putting a door between me and excitement, and often it is only when the thing I want to be excited about is finally RIGHT in front of me that I allow myself to accept it is going to happen, and I open that door to feel it.

I’ve grown very proficient over the years at stifling myself, and one of the biggest ways I stifle, is in exuberance. I don't let myself be big or call attention. I am in introvert who enjoys being social at times, but I really love my aloneness. That aloneness is safe, it’s free, and I can feel anything I want without anyone to see or be in my feeling space. I’ve wondered if my lack of excitement has to do with my introvertedness, and I think there is only a slight connection. If I’m truly honest with myself, I can see how over the years I squished, quashed, stomped down, and set fire to excitement, doing my best to kill it. 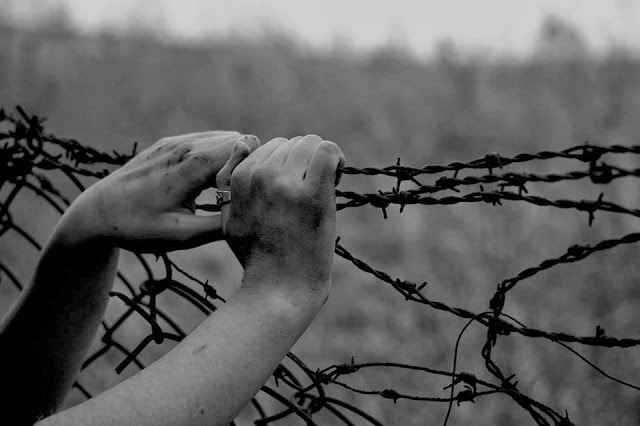 I think here is where I have no choice but to admit the WHY. I don’t want to be overly personal (which this is verging on the edge of), but I had countless occasions over the last couple decades to learn how painful it is to continually be disappointed by things not happening the way they were supposed to, or I was told they would. I reached a point where I must have finally said to myself, don’t hope it will happen, don’t expect it to happen, and CERTAINLY don’t get excited about anything happening.

I think I learned that NOT getting excited means that when you don’t get what you wanted or hoped for, you are LESS upset. I even learned not to hope. Yes, I think it’s healthy on many levels to not have expectations in life, but I think there must be some balance I haven’t yet found between the joy of hope and excitement, and being ok when things don’t turn out.

I’ve had some occasions to feel this *unacceptable feeling* recently, and the convoluted mess of Natalie trying NOT to burst with excitement can at times be -ridiculous!

I recently had to step into a public restroom to try and calm myself down because I wanted to feel excitement over something one could consider quite small. I stepped into the handicapped stall, closed the door, and tried to physically release what was happening.
I shook my hands, opened my eyes wide, and smiled my face off. Kind of doing what normal people do in public when they throw their hands up and squeal. (I can’t allow myself to squeal. What is the deal with that?)

Actually, I DO know what the deal is. I’ve let painful experiences teach me: “Don’t get excited. Never get excited. Avoid excitement.” This “lesson” has gone in so well, that I almost don’t know how to deal with the arrival of it, and then also dealing with the ending of the thing that made me excited.

Is it possible that in normally not letting myself feel excitement, when I do, and then the thing I’m excited about ends, I find myself on a low far lower than I would if I could just allow myself to feel excited more often?  (man, that's confusing)

I hate that low!

I think what I want is to allow excitement into my life to be felt regularly, but I fight it. I am creating this uncomfortable place where I wish I could allow excitement, but I struggle to bend. It’s like I’m that parent who won’t allow their kids to play outside after 9pm in the summer, and I’m also the kid sitting on the couch at the window at 9:05 watching his friends continuing to playing ball in the street.  I’ve made the rule, and I force myself to suffer with it; longing for the end of the rule.

It boils down to my being uncertain of which is LESS painful. I haven’t figured it out. All I know is that thus far in life, excitement is painful more often than it’s pleasurable, and changing that will take experiencing the opposite. -That would be nice.

A friend of mine said, “I love feeling excited, I’d much rather get to feel it and risk being disappointed, than to not feel it.”

That sounds nice, I’d like to get there.
Posted by Natalie at 9:10 PM