I have a thing for sunsets, as my closest friends know, and I have some favorite places to photograph them. One of these places is in the town south of here at the Krishna temple.

This temple is up on a hill, and you can walk around the top balcony, looking at the view in every direction. This is where I’ve captured some of my most favorite sunset pictures. 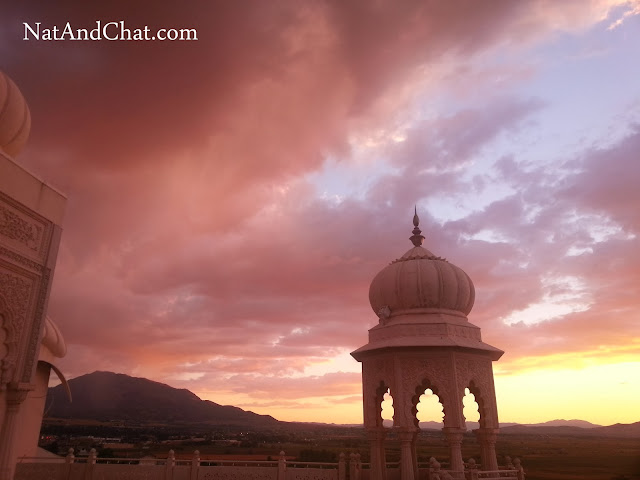 Last week I went with my dear friend to this Krishna temple. As we entered, we took our shoes off (as customary) and we headed upstairs. Looking at one another and smiling as we realized the music we were hearing was live singing.

I immediately thought there was a room full of people, and the floor accordion we saw on our last visit was being played. Ascending the stairs, I was shocked to see only 3 men. They sat on the floor in the corner on pillows atop a rug. We sat down on a short bench a way from them, and enjoyed their lovely voices. 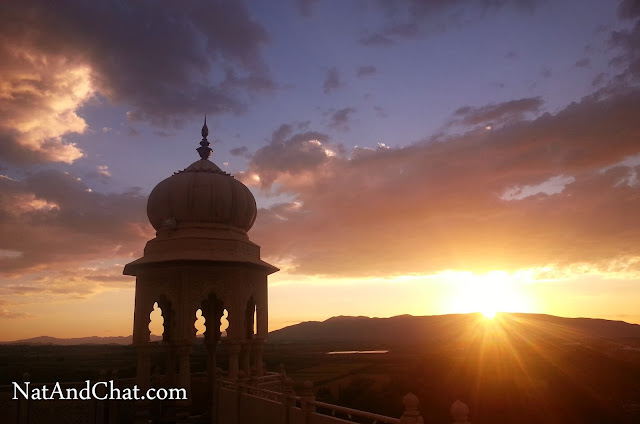 My friend then told me that when he was part of an organized religion, he would feel an element of guilt at attending any event organized by another religion. He said that he felt as though his being there meant he was worshiping “their god” not “his god”.

This shocked me a bit. I had never considered one could feel that worship of “god” could be done to more than one god, simply based on where one was. Especially since I had always assumed (when I was tucked up into religion) there must only really be one god. We are all just fighting over who we believe “he” is.

So, if my friend had decided who his god was, and that was the god he worshipped, did it matter he was in a place worshiping a different god? OR, did the worship change with the collective? You’re in a Krishna temple, you will now be worshiping Krishna/Rama?

IF… if… the worshiping is not within the control of the believer (you and me), we don’t actually get to decide who we “worship”. None of us. Yes if…. But IF this were true, an organized religion could create what they want, decide who the followers are going to be worshiping, and as long as the believers are sold on what they are told… whoever that “god” is, will be the one being worshiped. Which is also to say, receiving the energy of all those believers. 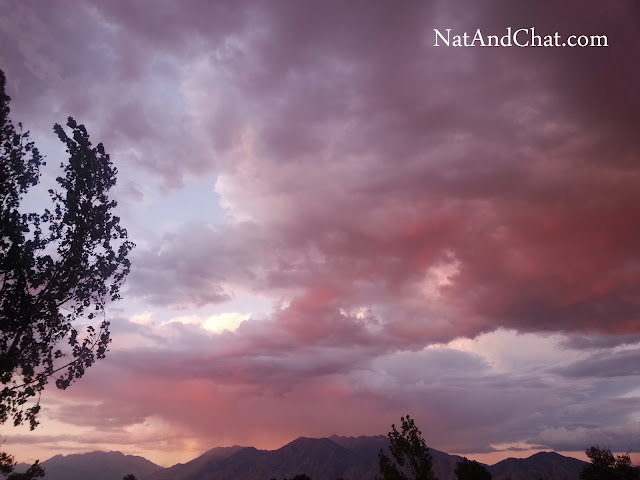 I’m willing to bet that everyone reading this is already insisting that we worship -who we believe we worship. Not who the collective is gathered together to believe in.


Which is to say belief dictates your worship, and who your energy is going to.

I am saying I don’t know… I’ve posed two ideas here. One is uncomfortable, the other is comfortable.

This is where I say, what we believe is decided! You will believe what feels most comfortable to you, and you will be cemented in it because of comfort. And where your comfort lies in your organized religion (if you have one) has everything to do with what you have been told to believe. Essentially who your god is, has been dictated by someone else. You didn’t create your religion, your religion is older than you. So, really, you ARE worshiping whatever entity you have been told to worship, and you believe in “your god”, -who could be anything/anyone when all is said and done.

Email ThisBlogThis!Share to TwitterShare to FacebookShare to Pinterest
Labels: Non-Religion, Self Knowledge, Your Heart