This is one of those subjects where I feel like I have so much to say I don’t know where to start or if I can squeeze it all in quickly.

It was back in high school psychology class that I first learned about intonation and how the way we respond to something has everything to do with the way it has been spoken to us. Speak with respect and you are more likely to receive respect. Speak down, the other will speak up. Speak up, the other will speak down.

It was in my childhood when I learned that height had nothing to do with respect. My very tall father of 6’4” made us fear him instead of building our respect for him. He regularly acted and reacted in ways that were contrary to creating my respect for him. On top of that, his intonation spoke down, which had all the inevitable effects.

It was as a case manager when I learned that intonation plays a huge role in conveying sincerity and trustworthiness for people in need, asking for assistance. It was after a conversation with me that a client confided the last time she was seeking assistance she was made to feel so shitty about herself by the case manager she met with that she went home and tried to kill herself. 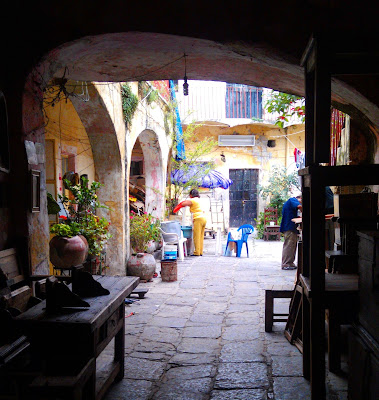 It is in my everyday life that I see and feel the effects of my ability to speak with “respect” intonation. I’m so apt at receiving respect after I give it that I am completely shocked when someone communicates back very rudely. I deal with hundreds of people every day in the work I do, so I get to “practice” intonation and respect on a constant basis. I use my intonation to communicate that I am easy to deal with, I am willing to listen, I am open to offering help, I am happy, I am genuine, I am respectful, and I am friendly. Sheesh, that sounds complicated, but what it boils down to is a tone of voice that says I respect you, I respect me, let’s communicate. This in itself says I am a genuine person you can trust; now I can serve or help you comfortably for both of us.

I mentioned height only briefly up to now, but it is actually very important to add to my point. I have learned that being tall means people are happy to hand me respect before they learn it’s warranted. I don’t have to work as hard for it as short people and that has been evident to me all my life. I was taller than my teacher in first grade… Yes, as a 7-year old I was taller than my short teacher and I saw early on that my height affected how I was treated. The kids in class would come to me and tell me that so-and-so was being mean, as though I was going to put things right. I can’t remember how my 7-year-old mind responded and what I did to help, but being shown that my height affected how my fellow students responded to me was a lesson learned very early on.

Interestingly, throughout my life my best friends have been short. Sure I’ve known great tall people, that’s inevitable, but over and over again I’ve seen the ‘amazing’ in people who are not just shorter than me, but SHORT. And it is through seeing their amazingness while noticing others don’t that I have learned how much harder it is for them to experience respect on a regular basis, like I experience even when I’m not trying. It’s kind of as if life is harder for them just because the shell suit their personality inhabits is smaller than others.

I’ve decided this must also have something to do with “short man syndrome.” You know what that is, right? It’s when a man is very short but he has huge amounts of attitude and ego. He tends to micro-manage people, drives a huge truck, and does his best to feel and look important. I totally think this type of person has said to himself somewhere along the line that if he has to try harder to get respect for being short, by god, he will in every way. This manifests itself in the elements that create what we have named “short man syndrome”.

Women can develop this attitude too but it is far less common with women because we don’t tend to insist on respect as much as men. So we don’t notice as often as men when we aren’t being respected. It’s far more the norm to be treated shitty as a woman than as a man. And short women get talked down to regularly in more ways than one.

I have a living example of what I’m talking about. I have an awesome short friend. She is so talented, full of common sense, she can follow all kinds of instructions and she can think for herself to be creative. She’s funny, quick witted, and I find her so wonderful to have a conversation with because she makes points that I don’t think of but says points I need to consider. She is really so very close to perfect in my eyes. My short friend is the only short person in her family. She has three tall siblings and both parents are tall. She is easily the smartest person in her family based on how well I know her family and yet… Yes, and yet… all of her family members treat her like she is clueless. Her wants don’t matter, her schedule doesn’t matter, her opinion doesn’t matter, and the intonation with which her family members talk to her makes it evident that they do not know how to speak with respect. They speak down. And the reason I believe they speak down to her is because, physically, they DO.

This lack of respect for her is continually the case. They even stick “little” in front of her name, as though belittling her is necessary in all ways. I realize this is not conscious; in fact, all I’m talking about is done on an unconscious level if you are not aware of intonation and height having any bearing on the way you deal with people.

Just lately this friend of mine is standing up for herself more. She is saying no when she is being told what she’s going to do and she is acknowledging to herself that she is pretty damn awesome and worthy of being respected in all areas, EVEN intonation. I have suggested she point out to them their poor treatment of her and not sound upset. State facts of what they do and say, and expect them to explain why they are doing it. This will bring their awareness to their intonation, and show them she sees the unintentional lack of respect. I feel so sure that if she were the tallest in her family the situation would not even exist.

I realize this is very truncated because this subject is one that can be expanded upon with endless stories. But this time I’m not going to say everything I can. Instead I would like you to notice Height, Respect, and Intonation for the rest of the day… the week if you can, and realize how YOU are talking to people, what intonation you have, and whether or not the height of the individual has anything to do with the way you are communicating. Also notice if their intonation is affecting you… are they talking "down" to you which means you are talking "up" instead of talking with respect intonation? Notice how you can change a situation with your intonation, always move into respect intonation, and watch what happens.

This is big stuff, friends; this changes the world we walk in.
Posted by Natalie And at 11:30 PM

Email ThisBlogThis!Share to TwitterShare to FacebookShare to Pinterest
Labels: Respect