It’s pretty accurate to say that within the first couple months of being in the orphanage, I fell in love with many of the children. Yes, there were those that I didn’t really attach or connect to, but for those I did, it is very accurate to say I “fell in love”. When children show you genuine love, irrespective of your feelings or opinions of them, you kind of become powerless to staying where you are. You have to “fall”.

My little sister was one of those children. From the day I first met her I knew she was special. I don’t mean special as in more of something compared to someone else, no, I mean she and I connected. Ioana had a sparkle in her eyes, in her moves, in everything she was, and we fell in love. You have to hear that without adult meaning, and hear it the way two spirits, two angels, two energies… collide. 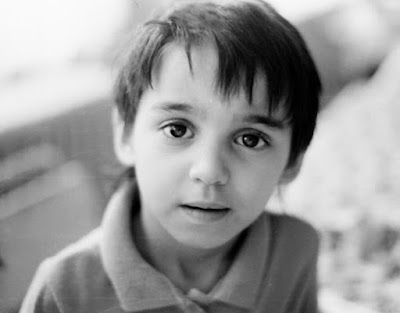 She didn’t speak my language. Actually, she didn’t even talk. She was abandoned around the age of two, and with nobody to teach or encourage her, like most of the children, she didn’t try to speak words. With attentiveness unlike any three year old I had ever met, she used her eyes, her expression, and her body to communicate. I couldn’t count the times she stared at my face seemingly saying “I’m so happy you are here”. Or the times she put her hands either side of my head and brought her lips to my forehead to hum, trying to convey my importance to her.

With the purity and beauty only children possess, she loved me.

Having told my mother all about this amazing little angel, and begging her to find Ioana a family, my mother decided she would adopt her. I had Ioana with me outside the orphanage the afternoon I was on the phone with my mom and she gave me the news. Never have I wanted to be more understood than that day when I told this sparkling orphan we would be sisters.

As months passed, this amazing little girl cemented my heart in love for her, but eventually I had to leave without her.

Two years later, the adoption was finished, and three of us went to Romania. My Mother, myself, and my younger sister Jenny. We left the airport in two vehicles with supplies for the orphanage, and I arrived a few minutes after my Mom and sister. I walked up behind Jenny holding Ioana, then around to face them. Ioana saw me and froze. Then she turned and looked at Jenny, then to me again. Suddenly she reached out to me and squealed in delight moving into my arms, hugging me, and then reaching out to Jenny to pull her face near mine. What a delight to have TWO! Using no words, she told us that she thought Jenny was Natalie, and now knowing what was happening, she was happier than ever. I will never forget her joy or the way it made me feel to not only see she still loved me, but automatically loved Jenny too.

I wish I could end this saying that special child bursting with love, still remains so today. 20 + years later, but she’s unrecognizable. The effects of Romania on a child caught up. In conjunction with adulthood that angel I fell in love with changed and disappeared. It seems like a sad torturous ending to say she became angry, closed, violent, and the opposite of love. She near enough hates the world. Still with no language skills, or ability to articulate any feeling, she shows her emotions in face and deed. I don’t know where that little girl I fell in love with went. She’s not here anymore, but I haven’t forgotten her. I remember perfectly her smiles, her laughter, her hugs and her squeals of delight. Things change, people change. But I got to fall in love, and I get to remember how special it was.

(How to say Ioana: The first syllable is the hardest to explain. It's similar to Yo, but has a slight e sound in front of it. eYo looks strange, but it's pretty accurate for the sound. Ana is pronounced ah-nuh. It is a three syllable name, but said very smoothly and not divided into three syllables the way an English name like Bethany is. After a couple years and her input, she decided to go by JoAna.)
Posted by Natalie at 1:59 AM

Email ThisBlogThis!Share to TwitterShare to FacebookShare to Pinterest
Labels: Romania