My Who, Your Who. Who are you?

I admit I obsess about a few things, so you end up finding themes in my posts here. One of my biggest comes from my being detail oriented. Because of that… I’m hyper-aware of differences and comparisons on this thing I tend to obsess over. Which is ones ability or inability to determine WHO they are. 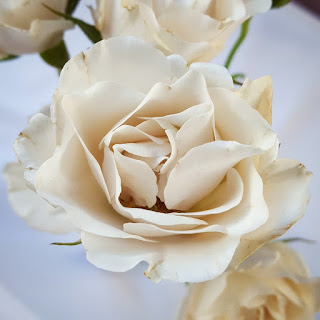 Which internal and external factors are within your control, and which of those play the biggest parts in determining Who You Are, and are not?? I’m not saying there’s a set answer, and it will actually be different for everyone based on what they focus on in life; where they put importance and attention, both for themselves and others. So, I’ve kind of already made my point, but you know I can’t stop there.

I’m going to tell you first how I even approached this subject to begin with. If you read my last post you heard some of what I grew up with. My father was emotionally, mentally, and physically abused by both of his parents. He became a violent narcissistic individual, and many more undiagnosed labels. (Some of which I think I’ve non-professionally diagnosed pretty accurately.) What this did (his messed up ways) was make me hyper-aware. From the earliest age I was on the edge; ready to jump if he said jump. Ready to fly if I saw something coming that required my speed. His crazy ways had me hyper-vigilant for what might happen and how I might need to react. I suppose a simple way to put it is I was tuned up all the way a child could be on the survival dial. This made me the enabler I excelled at later in life being married to an alcoholic. I was never Natalie. I was “Ready”. Ready for what? Nothing really-I didn’t actually have an action plan. I was just like a bird-dog waiting for the word “go” paying attention to every detail I might have to “go” for. My belief being I could somehow bring calmness, quiet, diffusion, not getting hit, or possibly prevent any situation from getting worse that arose, DESPITE my inability to see the obvious: I was a powerless child. My mind had no concept of this fact.

Getting back on track with this information, I was in a state of frozen bird-dog just watching every detail I could. THIS is how (saying this for my friends that comment on it) I notice so many things that others don’t, and why I’m so great at reading facial expressions and intonation. Clearly, I was trained. Just like a dog.

Again, back on topic, I’m obsessed with this thought that my genes are not the details that dictate MY “Who”. I want to insist I’m in charge of my Who, that my dad COULD HAVE decided HIS Who. The way he acted, the way he reacted, whether he made a fist or picked up a gun. Because at the end of the day, what your hands do in relation to others near you IS within your power of choice.

The WHO you show the world you are, is not in your genes. YOU make a million choices a day and many of those are decisions about your WHO. AND… I have to tell you with as much seriousness as I can in this moment –Who you are –affects Who others are!

Yes, clearly my grandmother and my grandfather both being shitty people gave their child some shitty genes, but the bigger issue is Who They Were TO HIM. They both had a reputation, and neighbors even had stories back when they were alive about how awful my grandma and grandpa were. Their Who affected his Who. But this is my whole point… be a piece of shit… be an awful human… or be someone awesome… It’s YOUR choice!!

The hyper-vigilance and “nothingness” I became because of my father is FAR greater than whatever genes he may have given me. And what I did, what I chose, and Who I became is MY choice. If you know me, if you meet me, you experience someone that no longer sits as a bird-dog. I don’t wait to be affected or to move. I decide my Who. And now, every choice I make from how I act, to what my reactions are, is done by the details of my Who and their Who. (happiness being the destination) 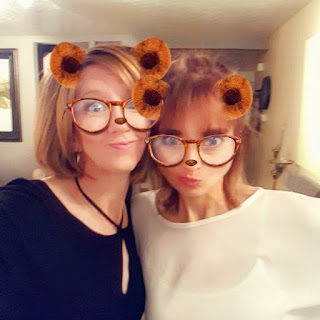 So if you find yourself wondering why people treat you a certain way (just as my father might) you should really take a long hard look in the mirror and see your Who. THAT is why people treat you the way they do. THAT is why your interactions with others seem to have a pattern. You are showing your Who on a daily basis, don’t be surprised if people get to know it, expect it, and stay away. Or… come close.

I get a lot of people show me they see my Who and they like my Who. I reckon I’m on a successful path to happiness, not as a bird-dog or an enabler, but instead someone accepting responsibility for her Who.
Posted by Natalie And at 9:44 AM

Email ThisBlogThis!Share to TwitterShare to FacebookShare to Pinterest
Labels: Genuineness, Happiness, Self Esteem, Self Knowledge, Trauma