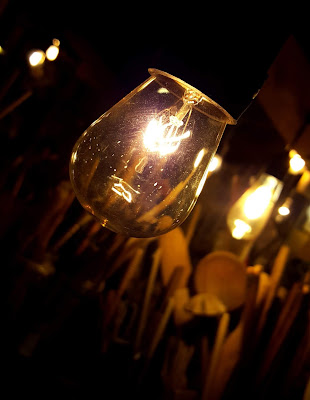 Then we ran into one another, I was in a space where I knew he would be, and I felt strong enough to be there without feeling it needed to matter we had both stepped away from our once close friendship. Nothing got said, so I was comfortable that we could be in the same space and neither of us had to feel any glass underfoot, or vibrations of discomfort due to proximity.

I could feel he knew I was there, and his continual walking past me confirmed this. I’m not an expert on body language, but I took this to mean I had been seen.

Interestingly, our friendship ended with me feeling entirely unseen, unappreciated, with my words twisted, and my heart a little stepped on after the realization that someone who mattered so much to me was not someone I mattered to. The irony of the word “seen” after he’d read a message from me and wouldn’t bother to reply got harder and harder as I felt more and more “unseen”.

It was at this same time that I had other friends showing me they could see me, and they didn’t even have to try to convey I mattered, I knew it without question. The difference was night and day and led to a post I wrote called Who Matters?

(Have you ever had a friend change on you? To the point you can’t tell if they are even hearing you, or seeing you, or getting you in any form? If you’ve experienced this you know what I mean when I say you start to shut down, you stop saying what’s on your mind, and you start figuring out how to word every little thing so as not to be misunderstood, because they will either easily offend, or twist what you are saying further into something they can be upset by. This is very possibly a disorder of sorts on their part, but on your part, this feeling of being unable to be genuine literally makes you disingenuous because of all the thinking you have to do before you speak.)

It was on the second occasion recently when we saw one another that he had the balls to come up to me, take my hand, hug me, and say he was glad to see me and that he had missed me. His humility shocked me. His genuineness was palpable, and I was seeing the version of him I knew and loved before he made me feel so confused by all the misunderstandings. I was almost surprised by the melting effect his words had on my grudge since I didn’t realize I was carrying it until that moment it started melting. He was apologizing and it was actually what I needed. How crazy that something so “small” could have such a tangible effect that I literally physically felt a morphing of my feelings as he spoke.

Fast forward a couple weeks and we were at the same place again. Without hesitation he approached me, told me how happy he was to see me again, and said he wants me to come back. He told me he’s accepting how imperfect he is, that he’s learning to love himself, and he wants to mend or attempt to heal the interactions of his past that hurt others. Without being interested in placing blame, I acknowledged my role, what head space I was in, and then I started remembering my last conversation with him that was essentially our goodbye two years ago. Again his apologizing and my remembering of the sadness melted more of my grudge and hurt and it started to pour down my cheeks without any control on my part. We stood outside and since it was dark, I hoped there was no light to reflect my tears and give away my melting. This wasn’t the moment I wanted to look so vulnerable and affected by something I had been convincing myself I was over. I take being a friend very seriously, and having put so much into that friendship, for it to end with so much sadness and confusion on my part, I totally took for granted how much I still needed to hear words that included me being seen, that he was sorry and that he wanted me to be seen more.

On one hand I feel so weak admitting all this. That I couldn’t heal something by myself and move on like I assumed I could. Despite my insisting I only had “little wounds”. But the action of an apology, and his discussing the past did affect me so thoroughly I cry even as I type this. And yet…this is how fucking huge an apology is. Sometimes our role in an event is mainly as witness, we see and feel the choices and actions of another without any control over their decisions, their words, their consequences, and it’s ultimately self respect that is the ride outta there. An apology is like a magical salve to a scar that really won’t ever fully heal without it. And to fully heal is not always what you get either, but any level of healing is healing. And an apology is a big deal.

This is also why if one decides that an apology has made it possible to trust again, to have that trust violated or abused; the wound is not just open anew, but deeper than before. We beat ourselves up for believing the apology, for handing over trust, and since we hurt all over again, the experience morphs from one of benefit and learning to one of pain and closure; locking up the heart with frantic hands of “never again, I can’t believe I let this happen”. To be giving someone an apology is to be in a place of power. It’s also a place of humility. If as the giver of an apology, you do not stick with your words, staying a changed person, you have new power to make yourself look worse than ever, to hurt the person more than ever, and the amazingness you could have created becomes an abyss of worthless pain.

As he apologized, he used words I have used many times. That he needs to benefit from the pain. That he must take the painful lessons and become a better person because the alternative is unacceptable. “Life is short” he said, “I get overwhelmed. I end up hurting people. I’m terribly imperfect, but I need to love myself despite these things. Because it then becomes easier to treat others the way I should.”

Like a mom who is always preaching self love, to hear it said back to me through HIS realizing this on his own; I feel a sense of pride.
I hope many things in this moment:
*that he always remembers this,
*that he flourishes in understanding how much better life gets as you continue to love yourself,
*and that following through with these realizations are like exercising muscles.
It’s a continual thing. You will only benefit with strength if you continue to exercise.

I love you sweet friend. I dream of your success in all aspects of life, but most importantly the success that happens inside your heart and mind. Please don’t give me reason to feel the frantic panic of needing to lock up my heart from you. Please continue to see me, please accept I’m not perfect either, and that enough pain has passed for you that much transformation can and should take place.