I ended up seeing he had a lot of issues and his refusal to look inward, know himself, understand his feelings, acknowledge what he was ignoring, no… it wasn’t so much lies as it was a TOTAL LACK of honesty. These are two different things. 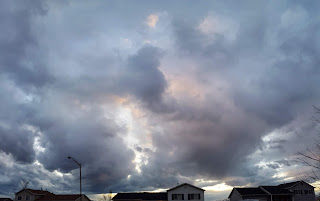 The reason I bring this up is not at all related to the ex-boyfriend, it’s because I see that many find it so hard to be honest with themselves; about all sorts of things. The more honest I am with myself the less “confused” I feel about anything. So I personally want to be brutally honest. I hate confusion.

We all have “things” that exist in our minds through conditioning that we tell ourselves we are not supposed to feel. And then, how often when you feel these unavoidable and unacceptable feeling do you say to yourself: “Hey, why am I feeling this? How big a deal is this? I’ve been feeling this for a long time now.”?
Ya, NEVER.
Why is that?
Good question. Because you have in your head some reason why you SHOULDN’T. You can’t be honest and just admit you DO. So whether you ignore your “unacceptable” feelings or you make up a story to tell yourself instead… you refuse to be honest.

By doing this, and hanging onto the thing you are telling yourself INSTEAD, you allow something that is unhealthy for you and you make it MORE unhealthy. The irony is that if you were to just look at it and be Honest, you could very well solve the problem you have or at least be healthy with it by doing the honesty thing.

Part of why being honest with yourself matters so much is because of where you go mentally when you keep refusing to find the honesty to say what’s really up. To DEAL on a conscious level with what’s happening in your heart, mind, life, wherever, is how you become more mentally healthy.

And if you think I’m referring to only big things-Addictions, Affairs, Drugs…NO! I mean ANYTHING!! Whether it’s a friendship that is harmful, a job that robs your joy, fill in the blank…because everyone is struggling to look at the uncomfortable parts of life and just be honest.

The stories you are telling yourself about the things you can’t look in the eye and admit to being there makes you a story-teller. NOT an honest person. How many stories are you telling, and wouldn’t you rather be healthy and just be honest? It’s far easier than you think.

Back when I too was afraid of honesty, I was at least willing to admit I was chicken-shit. If you aren’t familiar with the term, it means scared/afraid. I was too chicken-shit to ask myself what I was feeling, and I was double that amount of chicken-shit when it came to considering answers. How did I get out of it? My discomfort from my lack of honesty outweighed the fear of my chicken-shit state…and I quit closing my eyes.

From there I learned that like most excuses we tell ourselves, and the stories we come up with, the truth and honesty is actually FAR FROM scary. I have not had any of the honesty jump up and stab me when I looked at it. It did nothing TO me. I look, feel, and UNDERSTAND. Being in a position of understanding is one of the most comfortable places to be, EVEN WHEN what you are looking at or admitting to is a “bad” thing. (I don’t say bad meaning bad, I say bad because of the nature of what you can’t be honest with yourself about…assuming its bad.)

I have a blog post called Shelves and Tables. This is similar to taking a “thing” and setting it on the table in front of you. Removing yourself, and stepping back to look at it from all angles. It’s liberating, it clarifying, it’s informational on many scales, and more than anything it’s HEALTHY. Do this with honesty and you won’t be sorry. You’ll be clearer in your own mind, and in the eyes of others.

Email ThisBlogThis!Share to TwitterShare to FacebookShare to Pinterest
Labels: Happiness, Self Knowledge