The older and wiser I get the more of an optimist I become. I realize how lucky I am to say that, because many grow cynical with age.

I know why… they become hardened by life’s lessons. Its not that I don’t think I could take that path too, I totally could. It’s that I’m choosing not to, and in choosing not to, I’m choosing to essentially look on the bright side by consciously and sensibly saying, ‘what can I learn from this?’ Instead of just insisting to be more cynical, and less willing in the same circumstance next time.

It’s not that I’m letting my circumstances and life lessons keep me willing to go through them again; on the contrary, I’m kinda over analyzing them, seeing how things took the route they did, and I then do that sensible thing I mention, and I learn from it.  I don’t let any blanket take over either. We all love blanket statements. Blanketing the “next time” with a “never again”, doesn’t actually stop the never again from arriving.

There is a giant side benefit from thinking like this; the optimism I mention to begin with. I have NOT always been an optimist. Most of my life actually. I’m getting myself to optimist more and more every day by being willing to learn from everything, admitting I’m totally flawed, and accepting it’s totally ok to spend this life learning. 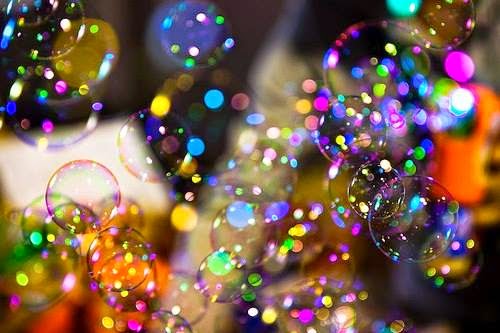 One of these lessons I’m learning is that if I allow the Universe to play it’s part in my life, believing things will work out (like an optimist would) the universe gets on my team and things DO work out. Over and over this has been proven to me, to the point that I even say this optimistic thing regularly: “Everything always works out”.

In a conversation with a man I love dearly, we were talking about how everything seems to always work out for me, but not always for him. I brought up this allowing the universe to do its part, and he said to me, “But YOUR life is so unicorns and rainbows”.

I was like: “Rewind, what?” He told me that my life was so different from anybody else’s, and that I was living a life where I experience unicorns and rainbows. I don’t remember my exact words to him, probably because I was laughing, but we have come back to this idea many times since that conversation. He feels I’m somehow living in a different world. He has found many ways to tell me this over the many months I’ve known him, but this was the first time it was put this way. I thought I understood when he finished explaining.

Then recently we were in Home Depot, and after our interaction with an employee and a fellow customer; as we walked away he said to me: “That was unicorns and rainbows.”  I saw clearer what he meant. How he sees the aspect of my interaction with people that makes me have different perspective, and makes my life different. It’s actually an optimism thing.

In allowing the universe to make things always work out, in accepting that I get that “god given right” (to say it how some might understand), this belief that I will only have good things happen and good interactions with people, it means that is exactly what happens. Not 100% of the time… hell, I’m not Jesus, but most of the time.

It’s like working with the universe, is working WITH optimism. And what does that get you? Unicorns and Rainbows.
Posted by Natalie at 10:24 PM