We tend to think of belonging in relation to location most of the time. I know I do, having lived in a few countries, and feeling that where I live now is “where I belong”.

I’m feeling very melancholy over a friend moving away, and I am realizing that belonging is not just a physical thing of being in one place at one time and whether or not it’s the right place.

Just over a year ago, a really cool young lady named Phoebe came to UT from CA, and immediately fit in. So well in fact, that I don’t even remember life at work before her. I don’t remember her arrival, her being “new” or anyone needing to teach her anything. It’s crazy to say, but it feels like she has just always belonged. 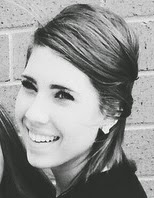 Phoebe is a quiet sort. She seldom speaks up, she listens, she pays attention, and she has shocked me endless times by being right there, handing me whatever it is I was in need of. She quietly pays attention like I have never known anyone to, and it pays off. She knows what’s going on, she is on top of things, and one way to put it is--in control.

I do remember the first few times I was aware of the way she felt like she belonged. Not just at work, but kinda like she belonged to me. I’m technically old enough I could be her mother, even tho her mother is older than me, but I have felt this connection to Miss Phoebe that I’ve described to her as maybe having been mine in another life. There is an ease with her, a silent comfortableness, and I can’t help but word it best to say she belongs. The funny thing is, I am positive others feel this with her too. Everyone likes her, nobody can resist. My feelings are not unique.

Pheobe has decided it’s time to go back to CA. It was not an easy decision, but all of her family is there, and it’s time. It’s because she’s leaving that I got thinking about where we belong. I don’t think it fits to say Phoebe belongs in UT or CA, it’s almost moot to say either, because she’s such a wonderful and comfortable person, she belongs in my heart, she belongs in many hearts, and it totally won’t matter where she resides. She continues to belong with all of us that fell in love with her here, and all of those who love her there.

We will miss her terribly, for countless reasons, and it’s easiest to just say, it’s because she so easily belongs.
Posted by Natalie at 11:58 PM

Email ThisBlogThis!Share to TwitterShare to FacebookShare to Pinterest
Labels: Friends