(One of those letters we all seem to write at some point.)

In the back of my mind I’ve been assembling the sound track to the movie of you and me.
I know you have long since moved on, so to even read that sentence might have you wondering why I’m still thinking or dwelling on you. 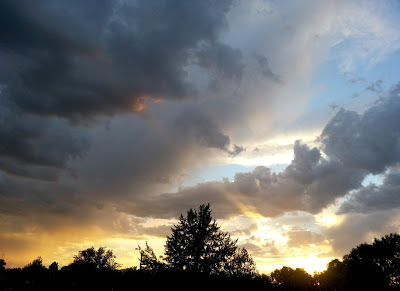 I added another song to this soundtrack:
[Always going to be you-Kenny Chesney]

Literally, in the years since we were constantly communicating, I have been looking for your replacement. For a long time I wished to have your heart want me, and want to be loved by me. I referred to you as “painful” on a regular basis because of your waxing and waning for me. Disappearing when I said something too loving, and then returning to pull me in again.
[Gravity-Sara Bareilles]

Then, you stopped being painful once we had tickets to Mexico. I had the greatest two weeks of my life, and yet, I still found myself continually hoping you would see how wonderful it would feel for you to accept my love.
[Moon & Moon-Bat For Lashes]

You have always been so confusing to me, because you have always been so easy for me to love. Maybe you remember me saying the first time I heard your voice: I felt like it already lived inside me. I have tortured myself trying to understand how you could feel “part of me” from the beginning. I still marvel that we could seem to be such compatible people, but you didn’t feel it too.

All the songs you sent me over our many months sounded like you loved me, because they contained the word love. I let that equate to believing you cared about me and kept me hanging on. When you sent me [I’ve still got sand in my shoes-Dido] on the anniversary of my birthday, and literally on the anniversary of us spending time dancing and kissing on the beach, I saw for the millionth time, you only want to torture me with MY love for you. And that is not love. I don’t know who/what I was to you, and I have been looking for the version of you that would enjoy my love without torture ever since. I wanted to reply to that song, but didn’t because I was too upset. I’d already told you to stop sending me songs, so I didn’t send you [Say Something I’m Giving Up On You-A Great Big World] because I had already given up.

I have been torn by the thought: do I wish I had never met him? Because ignorance is bliss, and I sometimes wonder if that bliss would be nice to be living in. There are so many ways I’ve grown because of you, and since you. The hardest time in my life was after Mexico, when the John void was debilitating. I hadn’t ever experienced the wholeness feeling your presence created, you fit me so smoothly I almost didn’t realize how solid I felt with you. Then when you were gone, and so very far away, I had to figure out how to stitch myself back together, the void in me was more painful than I ever expected.

THE BENEFIT of having been in so much pain and realizing that I had to heal myself -by myself -for myself is that I am now pretty fucking amazing compared to the naive girl that spent time with you in Mexico. She hoped the whole time you would “choose me” by wanting something like a relationship, not just a vacation.

Like a dumbass, my next relationship was also with a guy whose ex-wife tortured him emotionally, so I had to continually struggle with that same issue. I know now that in my search for my new John, I will make sure nobody has ruined his ability to love himself or his ability to receive love. Because I believe there is nothing greater than MUTUAL adoration and love. You might be why I tried so hard for two years to make it work with that guy. The fact that he WANTED my love was what kept me going and hanging on.
[Unforgiven-Beck]

I did make an awesome realization because of you both though. There are 4 kinds of love that make a relationship awesome. He loves her. She loves him. She loves herself. He loves himself. If all 4 of these are each complete and present, you can have success. Without one or more, you have something too flawed to work with. If I am honest, when we were in Mexico, all we had to work with was She loves Him. One quarter is rubbish love. See, you really have taught me so much, and not because you were so smart, but because you were so painful.

One of the biggest realizations I made in these years since you, and all the confusing love songs you sent me, is that nobody has ever been so cruel to my heart. That fact should carry more weight than anything. Realizing it finally has helped me see so much clearer.
It was after that I could finally stop wishing for you because I realized your only desire was to care about me, not to be with me. I think you were just somehow addicted to sending me music that made me believe you thought highly of me, that I meant something to you. The complete LACK of LOVE should have said everything when we parted in Mexico and I was crying, but you were fine. I felt love, you felt something much smaller.
[I know you care-Ellie Goulding]

We all have to learn lessons in life, we all have to figure shit out, but what I see again and again is that nobody has ever had such an effect on my life as you.
[Record Collector-Lissie]

I am still single, I am looking again, and what I’m looking for is that amazing connection I had with you –only better. I can’t help but say it’s my New John, because there is so much about who you were that I already know fit me like a glove. The visual of this New John dynamic brings another song to my soundtrack, [Manhattan-Sara Bareilles] the line is “I’ll wish this away, dismissing the days, when I was one half of two”. You didn’t make me whole, you helped me see that I want to be one half of two. Allowing you to make me complete as just a partial 1, felt awful. Another fitting line from this song: “And I’ll tip-toe away, so you won’t have to say, you heard me leave.” I did tip-toe, but I feel like this letter is finally a necessary good bye.

I’m sure you remember I wrote a book about our two weeks in Mexico. I think it needs to be a movie. (Which is probably why I have so much of the soundtrack assembling in my mind.) The friends who read the book think I’m an amazing person. They told me you are not worth my thoughts or my time. They didn’t read anything in what I wrote about you that had them understanding how I could have possibly have fallen so head-over-heals for you. I find that so interesting! That in all my writing, they didn’t fall in love with you too, they just called you stupid, while I still wished for you.
[El Cerrito Place-Kenny Chesney]

Something that I’ve never quite wrapped my head around is your saying you didn’t “want to be in a love space” while you were physically adoring me every moment we were together. That might have been the biggest mind-fuck of it all. To act madly in love, kissing me at every opportunity whether it was waiting to cross the street, or strolling the beach in the rain. Acting like I was important, that I meant something, pretending to be my dream man, enjoying every minute of me. That “love space” was the space I was walking in, and you were right there holding my hand. It’s no wonder my heart felt so broken when I got back home.
[55th and 3rd--Kenny Chesney]

Then… it was only a couple months after Mexico that you got into a relationship. As you told me about her, and as you said she wanted you more in her life, I felt sorry for her. It sounded like she too had fallen for you, but you just wanted to be fucking her too and not allowing her to feel something real with you. And yet, you admitted to what sounded like a kind of relationship. I wonder if you are still torturing her. I hope for her sake you aren’t, but I bet you are still saying to yourself “No love space!”
[Joy-Ellie Goulding]

Not communicating to you now means you aren’t torturing me, but I am still thinking about what I learned about myself through all this, what I want to find in a man now, what a healthy relationship would look like, and what the red flags are.
[Hide and Seek-Imogen Heap]

Another thing I should acknowledge is that I didn’t learn from you, I learned because of you.
[Better as a Memory-Kenny Chesney]

I wish you luck, I wish me luck, and this time I’m starting with the quarter: She loves herself.


[Once upon another time-Sara Bareilles]
Posted by Natalie And at 8:06 PM