Giving and Giving Back.

This is short and sweet because the concept is basic. Anyone who is a giver will relate to this—which is to say this is a warning to the givers, not an invitation to the takers. (God knows I don’t want to learn this lesson yet again.)

I’ve seen myself do it a few times now… and the why is simply because I’m nice and it’s easy to love people. Takers may not start out as takers, they could start out as givers, but a situation can create a taker. When someone becomes a taker it can be simply because they met a giver. At that point they start seeing how much better they feel when they are around the giver. THAT is taking. Which isn’t automatically a bad thing… really. What it means is they need to GIVE BACK to that person. If that doesn’t happen, the person taking gets used to taking and this becomes the norm, becoming what BOTH the giver and taker get used to. This will continue as long as the giver has something to give.
Eventually (as is inevitable) the giver runs out of anything to give and it’s at THAT point where the taker taking from the empty giver starts to harm the giver. The giver up to this point hasn’t necessarily felt the removal, but when there is nothing left to remove; it is then that the pain starts. 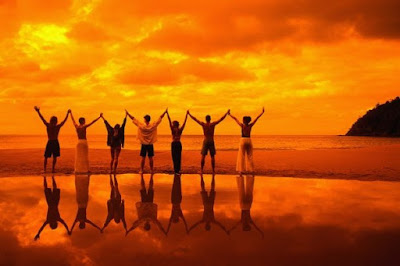 The thing is—it takes so long to reach this point that both parties are oblivious to just how close to empty the giver is. And when suddenly the giver can’t give anymore the taker is completely surprised. The giver had some clues, but the nature of giving is that the giver has them denying they have no more, so they try to give anyway.

Then quite suddenly it ALL hurts. It’s like scraping the barrel when the barrel is your heart. The giver then hurts too much and has to face reality that the taker only ½ did this. The giver was handing it over every time it was expected or asked for!

So what then? What happens when the heart of the giver is being scraped, or has been scraped to the point of totally empty? Pain, that’s what. The emotional pain of reaching a point where you can’t give any more is far more uncomfortable for the giver than the taker. The taker is annoyed, confused, and needing their “fix”. Whatever form that takes. The giver however is left incredibly upset.

I hate learning things the hard way, and I most definitely hate having to learn a lesson more than once. I feel like I’ve done that, and now I’m making myself more aware of when I’m giving, and when I’m given TO. Which is a whole ‘nother conversation because people hate receiving. Especially givers. So I should do another post on Receiving.

One of the things I’ve realized about giving is that it makes you love a person even more. This is amazing and awful at the same time, but for totally different reasons. It’s amazing to find that giving makes more love which makes your heart feel bigger; as though you have more to give. It’s awful when the giving empties you, and you have to face the inability to give anymore to that person you already feel so much love for. The ONLY solution I can see, if this even is a solution, is to make sure that the one you are giving to gives back!! Preferably in equal amounts!
Posted by Natalie And at 11:31 AM

Email ThisBlogThis!Share to TwitterShare to FacebookShare to Pinterest
Labels: Energy, Love, Self Knowledge