I was recently introduced to that YT video with the recorded voice saying a word that some people hear as Yanny and others hear Laurel. Twitter says 47% hear Yanny, and 53% hear laurel. Other videos have been done where they change the pitch of the word which does affect what people hear, but lets stick with the fact that in its original sound, we hear something different. Does this mean anything? 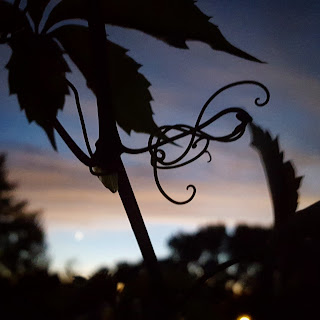 It means that no one person can be 100% right because there is no RIGHT. There IS perspective. And Nobody has to change who they are to hear something different, all anyone should do is accept we aren’t all the same. We won’t all agree and most of the time there isn’t only two things to argue rightness about.

I’m also feeling the need to write about this because it’s one of my biggest pet peeves… when someone insists there is no other perspective but theirs. Usually these are people who believe everything is black and white, and since I’m a believer of countless grays, I can’t even entertain conversation with a B&W closed mind anymore. It’s pointless and time wasting. I write about this in Gray is Good and recently have referenced Statistical Uniqueness in conversations about this too. The world is obsessed with our differences right now, to the point of a mentality being created. This “You are offending me” kind of thinking. Which creates this over inflation of pride which then makes the offended individual offend. It’s like the building of an attitude too. One that doesn’t allow for Yanny to be Laurel. And if I get to throw out an opinion now –I think that changing this attitude could be easy. It would only require putting oneself in a space of RESPECT. Because there, one could accept what I hear: Laurel, is not what you hear: Yanny. And does this have to break the bank? No. Not in a space of Respect. In that space we accept EVERYONE is different.

So… how often can we put ourselves in this space? Trying to go there after an argument is already underway is rather impossible. So why not try to make it the space you occupy continually? Like your Aura, your bubble, your surrounding vibrational field that people feel when you are nearby? Why not live in that space of respect?

I’ve also referenced Being Understanding When I Don’t Understand, in a couple conversations recently. The two ARE different. You don’t have to understand a person and their choices to be understanding that they are struggling with those choices. It also doesn’t mean you have to garnish their load and make it your burden. To be in a respectful space and to be understanding, you are in the best place for yourself. If they expect your respect and understanding to be your lifting of the load too… that is their inability to grasp being in a respectful space and that in our differences, nobody need be exactly on the same page. Because fact is, some hear Laurel.

We are not automatons. We are humans with a googolplex of cells making each of us unique.