The most successful relationships are reciprocating ones. It doesn't matter if we are talking about a romantic relationship, a friendship, a familial one, or a work relationship. I have seen again and again that the lack of reciprocation lessens the quality of the interaction, and the increase in reciprocation of good things improves the relationship and makes it special.

Mutual giving and receiving is like a wheel going around: both give, both receive, and the wheel turns in a smooth motion. As a kid did you ever get on a bike with a friend; you one one side working one pedal, your friend on the other side, working the other? Together, you both make the bike move forward, and together; you ride.

This is true of love, communication, respect, admiration, trust, encouragement, and countless other feelings and emotions we have for and with other people... as each of these is given, received, given, received -by both parties, a successful relationship ensues. 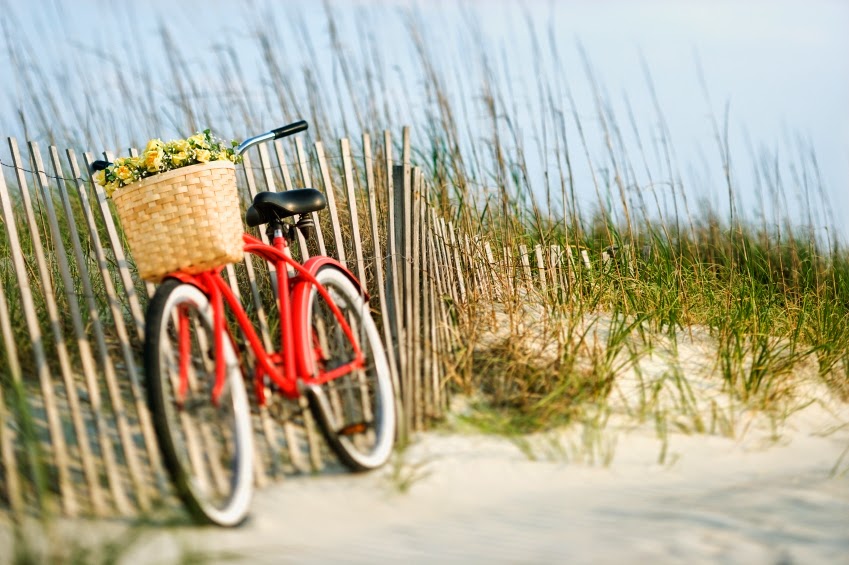 I don't care if we are talking about a parent, a sibling, a friend, a co-worker, or a lover. If two people are not feeling and doing the same reciprocation over any said feeling or emotion or sometimes situation, a lack of quality ensues, and the bike stops moving forward smoothly.

One can't expect perfectly equal reciprocation in any relationship, and certainly not all relationships, so I am not writing out of having my head in the clouds and hoping for the unattainable, I write out of the recent realization of it.

I am looking at the people in my life, how they feel, how they interact, how they present themselves, and I am strangely only now realizing the success of these interactions, and the lack of success is directly corelated to the reciprocity of how well we ride the bike together.

Inevitably I am not on a bike ride with a huge gang of individuals. Just like me needing to learn this lesson, others too have to see it in order for things to change. Which is a slight dilemma for me, because I don't want to go around telling people how we improve our interactions. "If you would stop talking to me like I'm stupid, I  might find myself able to listen to you and believe something coming out of your mouth. In other words, respect me, and then I'm able to respect you." To be the one saying this is like NOT being respecting either. Which brings me back to the title of this post where I call it failure. It's like reaching this point of so little good reciprocity is a fail. Even feeling it's time to say this, means failure has happened. Because I am at the point of wanting to reciprocate what THEY are putting out. That lack of respect!

And now I have no choice but to point out the fail in negative reciprocity. Ya, it's still reciprocity, and I was just saying reciprocating is a good thing, but when we reach a point of poor or negative intent when we reciprocate, we are still just failing.